The Power of a Kind Word

I'm giving forewarning that this is an insanely long post.  If you suffer from a short attention span, it might be best to go ahead and jump ship now.

For those of  you still with me, you might want to grab yourself a cup of coffee, or better yet a glass of milk and a couple of cookies, and make yourself comfortable. 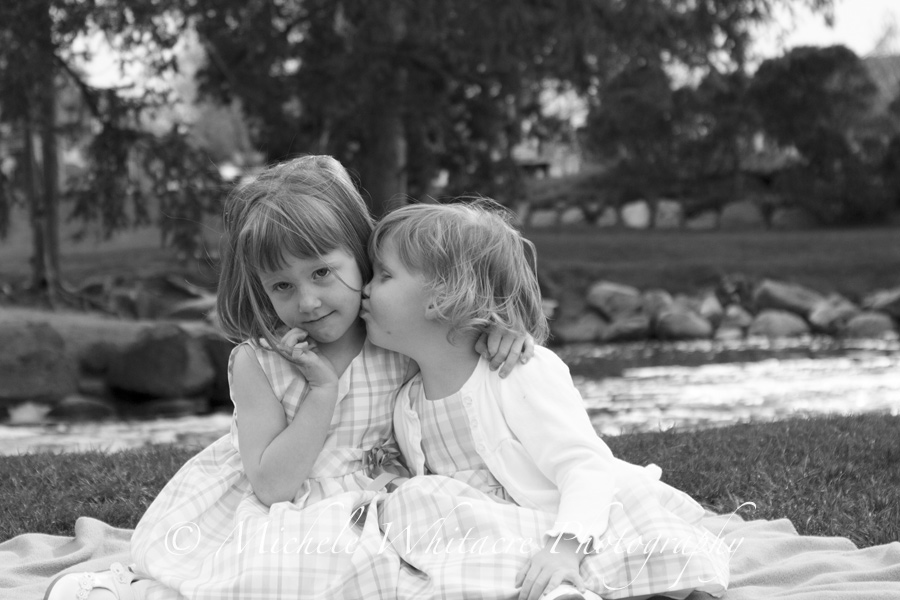 Do you remember being a child and chanting, "Sticks and stones may break my bones, but words will never hurt me?"  That sure sounded good back then when another kid was calling you names, and maybe it helped take a little bit of the sting out of their words, but the plain and simple fact remains that words can, and do, hurt people.

On the flip side, words also have the power to help people.  Have you ever had a stranger give you a compliment, and it brightened your mood for the entire day?  Or how about when your spouse noticed your new outfit, and told you how nice you look in it?  Or maybe your best friend told you how much she loved your new hairstyle?  If so, then you know exactly what I am talking about.

As the final step in the process with each portrait session that I shoot, I send an email to each client thanking them for allowing me to share a tiny bit of their lives with them through their photographs, and asking them to consider writing a review of their experience that I can post on my website to share with future potential clients.

Every time someone takes the time to write something, I'm always astonished and flattered by the kind things that they say!  And I have to admit that most of them bring a tear to my eye.

I want to share with you a testimonial that I received from a recent client.  This testimonial was written by Brandon after I took photos of his two little girls as a Mother's Day gift for his wife.

At the end, I will explain why I am sharing it (and get to the ultimate point of this post)! 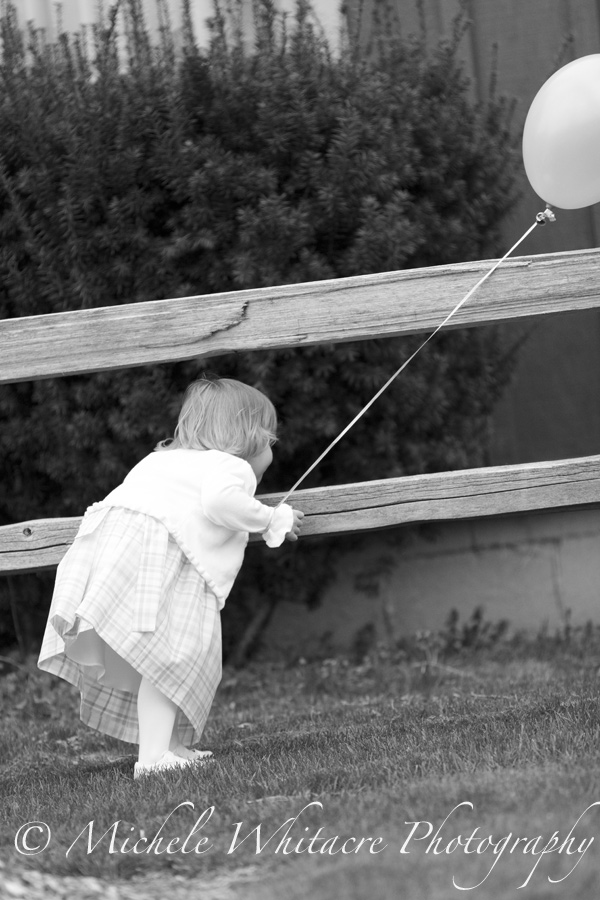 Here is what he wrote:


First and foremost, please take the time to read this, as you will see what a satisfied customer Michele has made my family.

There are some people that try at a hobby or profession and struggle with it no matter how much they like it and want to try and be good at it, and then there are some people who are just naturals.  Michele is a natural when it comes to photography.  Please take the time to look at her pictures and you will see what I mean from her different perspectives.  She sees things through the lens like no one else.

I was looking for a different Mother’s day gift for my wife.  I have a two and four year old daughter, and Michele and I talked and came up with what would be the best gift I could have given her.  I left all the planning to Michele as she is the expert, and I went along for the ride.  She discussed a few ideas she had, and gave me a list well in advance of what I should bring.  She helped with the outfits (as being the dad I am not the best at that).  Her communication before the shoot was impeccable.

The day of the shoot came, and I was nervous, as it hit me, I was taking a two and four year old with attention spans of a millisecond outside for photos.  I started to worry if this really was going to be a good idea.  Michele was already there scoping out the landscape and looking for great areas to shoot in.  I am used to the professional dress environment and Michele showed up in casual, which later I found out why.

Michele took the time to get to meet the girls and see that they had distinct and different personalities.  Then the photo shoot began.  I have to compare her photo shoot to her going through army basic training.  She would lie on the ground, army crawl, and contort her body to get what would later to be shown as phenomenal shots.

I was nervous because the girls would not always pay attention, or listen and they were running around.  I was getting more and more nervous as time went on because I did not think they were paying attention long enough, but as it later proved Michele’s camera is faster than the girls!  The shoot was done in what felt like a blink of an eye.  I would not have believed that an hour would have gone by so fast.  I kept on asking if she thought there were any good ones, and she told me not to be so nervous.  Michele left and the shoot was over.

The most wonderful thing about pictures when done by Michele is the moment is captured for a lifetime. It will never fade away, and can always be looked back upon, no matter the event.  I can assure you, if you get a photo shoot you will not be disappointed.  It is not something that should be put off, because the longer you wait, the more memories pass that are not captured.

The unique thing about her shoots is she does them in an open setting where the fun can be captured, unlike a studio.  I am sorry to see her move to Arizona, and hope she will be back from time to time to be able to get some more from her.  Arizona, you are lucky to get such a gifted photographer, and I really hope you take time out of your schedules to capture the most important thing in your life - your family and each other - with photos.  Memories fade, but what Michele captures is the moment that will last a lifetime, and can be passed down to each generation.  She has a wonderful gift that she is willing to share with people, please do not pass it up.  I cannot tell you the expression on my wife’s face when she opened up the pictures and viewed each one of them over and over again!

In summary, Michele offers a great service, is very accommodating, talented and worth your time to hire for your photography service. Her photos speak for themselves."

Obviously, he had a lot of really nice things to say about my work, and obviously it would be wonderful if someone out there reading his words decided they wanted to hire me to take photos for them.  But that has nothing to do with why I am posting this.

So, why am I posting it? 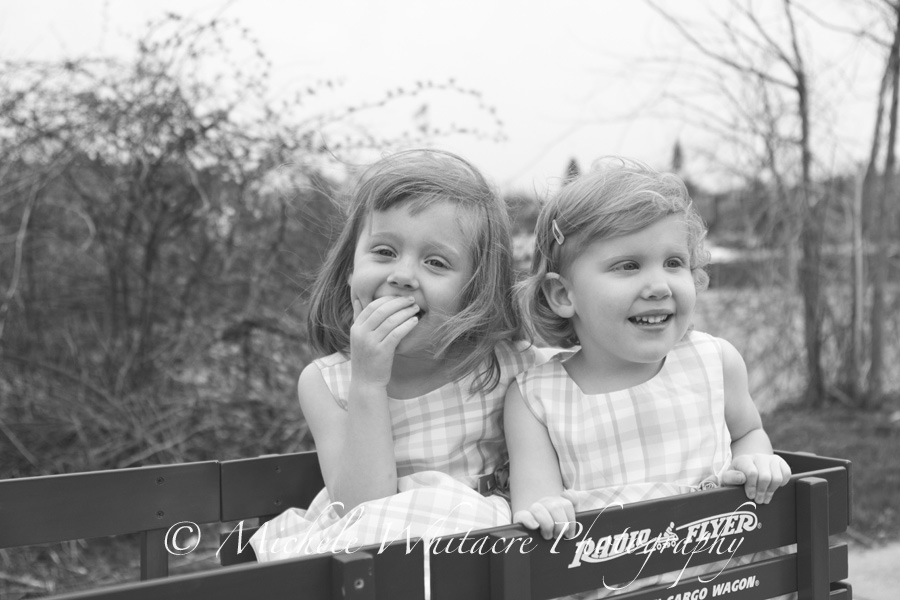 When Brandon sent this to me, I was going through a particularly rough point where a lot (and I do mean A LOT) of things were going wrong with almost every aspect of my life.  My husband's car had been totalled in a car accident (he is fine!), the company we had hired to move our stuff from IN to AZ more than doubled the quote they gave us two days before we were due to move, the deal on our house fell through AFTER we had packed the entire house and I had given notice at both of my day jobs, and the new day job that I had lined up in AZ "fell through" (their words not mine).  So, Kevin and I were facing trying to figure out how to get all of our stuff across the country, and trying to survive with one car, no jobs, and two sets of bills.  Needless to say, I was terrified.  I was feeling beaten down and broken, and I didn't know if I had what it was going to take to keep putting one foot in front of the other.  I wanted to curl up in a ball in the corner and never get back up.

But then a funny thing happened.

One afternoon, I opened my inbox and saw Brandon's email sitting there containing his kind words.  I had actually received the email a few weeks earlier and had it sitting there as a reminder that I wanted to add it to my website as soon as I had time.  Something made me open the e-mail and re-read what he had written, and then the tears started to flow and I had a hard time stopping them.

Amidst all of the terrible things that were happening in my life, there was proof that I had brought joy to someone and his family through my photos.  It made me feel like I made a difference, and I could continue to do so.  It reminded me that I didn't have control over the actions of others, but I do have control over my own.  And that reminder helped me pick myself up out of the shambles that my life had become and refocus on moving forward.  It got me motivated to begin working towards establishing Michele Whitacre Photography in Phoenix, because it was the ONE thing that I could do and that I did have control over.

So, what is my point?

My point is this... Your words have a power beyond measure, and you never know the huge impact your kind words may have on someone else's life, if you just take the time to share them.   So in the future, whenever you have the opportunity to share a genuine, kind word with some, please do so.

And to Brandon, Thank You a hundred times over for making a difference in a way that you never planned or intended!  Your kind words brightened my world, and continue to do so.

Has a kind word ever made a huge impact on your life?  I'd love to hear about it!

Email ThisBlogThis!Share to TwitterShare to FacebookShare to Pinterest
Labels: Business, Life Behind the Lens