Don't you just love pulling off a great surprise for someone??

On the morning of Alex's photo session, Olivia sent me a text message telling me that their anniversary was coming up and she wanted to surprise Alex with a new photo of the two of them. So, she asked if during the photo session I would take a photo of them together.  I asked her if she had anything specific in mind for their photo and she said no, so I got to use my imagination, which was tons of fun!

We didn't tell Alex what we were up to; instead, I just kept randomly asking Olivia to join Alex for some of the shots. After the photo session was over, I met Olivia and showed her all of the photos I had taken of the two of them and let her pick her favorite to present to Alex as a gift. I promised her that I wouldn't give her surprise away or let Alex see the photo she picked until after she gave it to him.

It's been killing me to keep this photo under wraps this long, as it is one of my favs from the session, but I never would have ruined Olivia's surprise.  Luckily, she gave Alex his photo and gave me permission to share her surprise on my blog today.

So, which awesome photo did she pick?  This one... 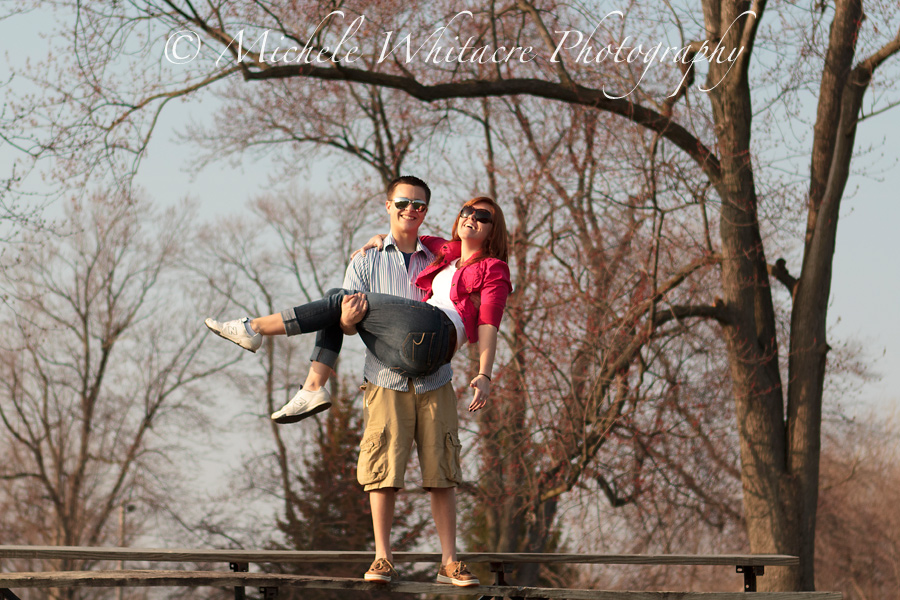 Is it possible to get more adorable? Seriously.

I kinda dig it in black and white, too... 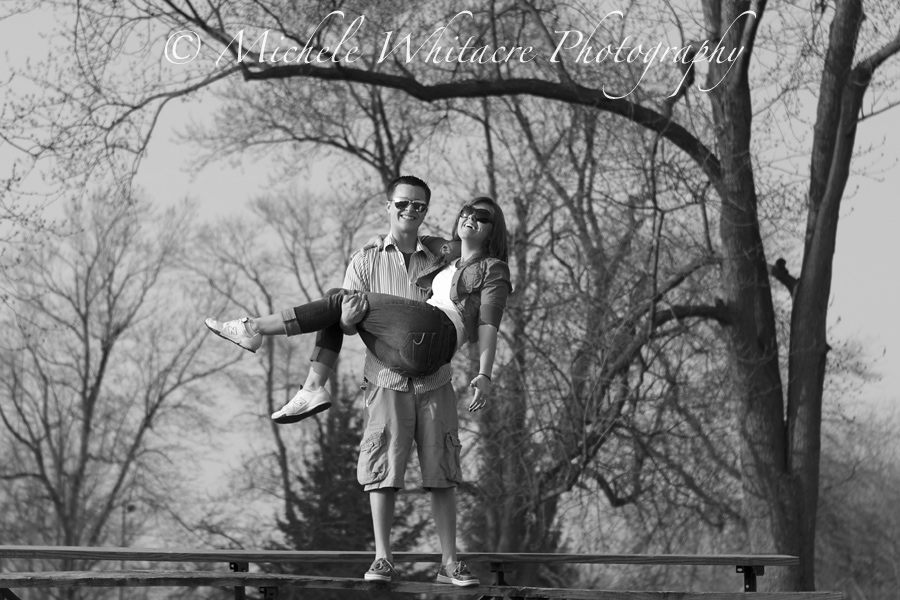 Happy Anniversary, Alex and Olivia!!! You two are awesome and adorable together.

Michele Whitacre is a portrait photographer currently located in Fort Wayne, Indiana. Michele will be relocating to Phoenix, Arizona during the summer of 2011. Visit Michele's website at michelewhitacrephotography.com. Become a fan of Michele's work on Facebook. Follow Michele's updates on Twitter.
at April 18, 2011