Welcome back to my Photography 101 series! I'm so happy that you've decided to join me.

I would once again like to begin by asking you to do a little experiment. For this one you will need two large containers that are the same size, a stop watch, and a sink. Place one of your containers under the faucet, turn it on all the way, and allow the water to run for 5 seconds. Set the container aside, and repeat with the second container, allowing the water to run for 10 seconds.  Now compare the amount of water in the two containers. If you were accurate with your timing, you should have approximately double the amount of water in the second container as you do in the first container. Why? Because the longer you leave the faucet running, the more water you allow to pass through it into your containers.

To demonstrate this, I once again took a series of photographs of a single subject. All of these images were taken with my EF-S 18-55mm IS Zoom Lens, with my aperture set to to f/8 and my ISO set to 200. (I chose this lens because it is the stock lens that came with my camera, and is probably similar to the lens that most of you are using. Don't worry too much about the aperture and ISO settings for now.  We will cover how to choose these settings in future posts.) For each consecutive photo, I then changed my shutter speed by one step to show the effect on the image. The first shot was taken with a shutter speed of 1/50 and the last image was taken with an aperture of 1/2500. (I picked this range of settings because I felt like it was a good range to demonstrate the effect of changing shutter speed on an image.) 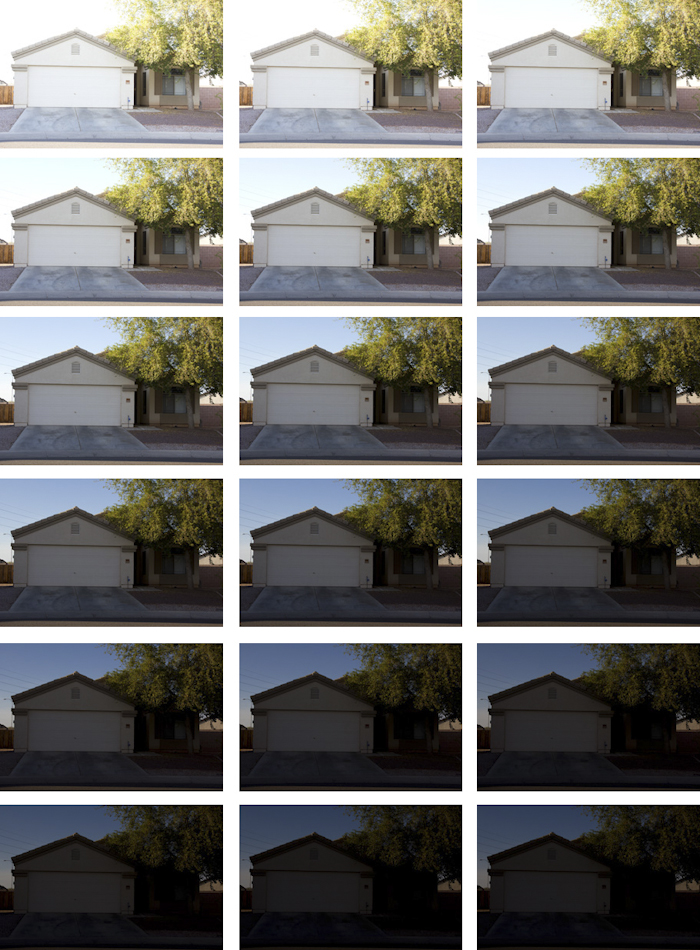 I encourage you to experiment with your camera's shutter speed settings this week and become familiar with how changing it affects your images. To do this, set your camera on manual mode, pick an aperture setting, and set your ISO setting to 200. (Again, there is no particular reason for this setting. It is basically just a "middle of the road" settings that should work for this experiment.) Then take a series of images like the ones I took above, changing the shutter speed setting one step between each exposure. I suggest experimenting with different aperture settings, and taking a series of photos for each one to begin to get a feel for how the two work together to create an exposure. I also suggest taking a series of photos for several different subjects in different environments to see what results you get.

Then join me back here next Friday and get ready to learn all about ISO!