This month has been a doozy!

The defining part of it for me was getting my butt kicked by some sort of horrific illness that I self-diagnosed as the flu (since the last time I was that sick was when I had the flu 8-9 years ago and this felt the same).  I spent the better part of two weeks crashed out on the couch trying to fight my way back to heath.  I even missed a couple days of work. I probably should have missed a few more, but it's hard to pay those bills without getting up off the couch.  Even now I am still trying to get rid of a lingering cough that has taken hold and just won't let up.

I spent the remainder of the month working on painting Kevin's office and doing other random house updates, since my parents are here for the winter and willing to help us with some improvements and changes we want to make.  We were on a time crunch trying to get everything finished before they leave early next month, and before one of my old college roommates (Jen) came to visit.

This month's self-portrait probably should have been one of me crashed out on the couch, but quite frankly while I was sick I was too wiped out to even think about setting up to take a photo and recreating it after the fact would have induced too many bad memories.  A runner up option could have been a photo of me painting or doing work on the house, but after last month's image that seemed a little redundant.

So, instead I opted to use one of the photos of myself taken during Jen's trip to Phoenix when we went to visit the gorgeous Botanical Gardens.  Even though Jen's visit only covered the last few days of the month, it was the most pleasant part of it - hands down - and definitely the part that I want to remember going forward!

So, I give you March's 'self-portrait' (which is a term I'm using very loosely here, as Jen actually took this photo of me)... 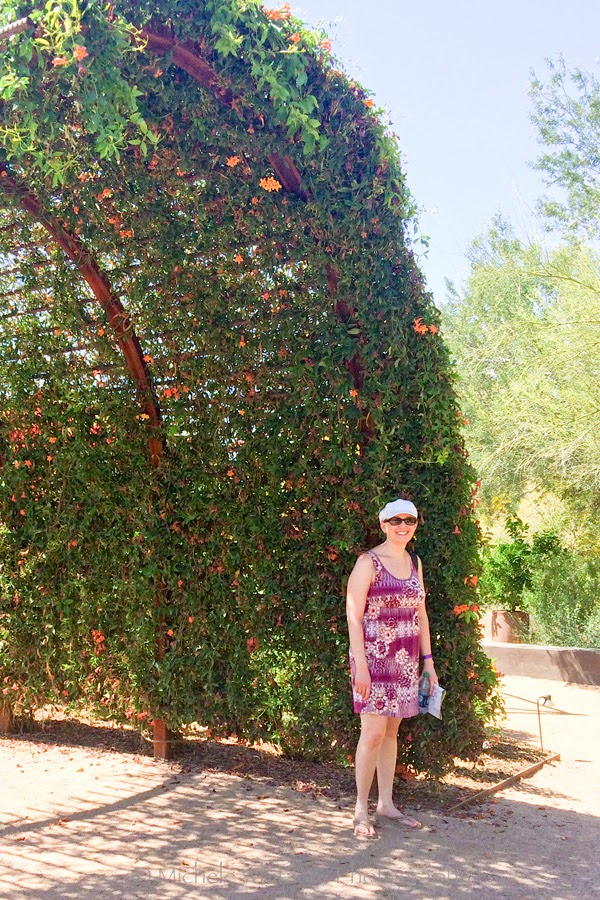 I have to admit that I have been feeling uninspired with my self-portraits lately and I have been getting ridiculously lazy with them in recent months - resorting to cell phone shots that happened to be captured somewhere along the way instead of taking true self-portraits.

I've been so busy recently that I blink and another month is coming to a close and I can't quite face the fact that it's time to brainstorm a new self-portrait idea once again.  There are some months where it takes everything I have to toss up a photo of myself and I wonder why I ever started this project.  But when I think about quitting, I can't bring myself to do it.  I know I would end up angry at myself and filled with regret.

I really do love having these monthly memories of my life since relocating to Arizona!  So even on the months that I really, really don't feel like going all out with my self-portrait I force myself to at least post something - which has more or less been my new mantra since moving here!  Instead of my usual perfectionist tendencies, the past few years I've been leaning more towards the life motto of "Something is better than nothing!"