A Rare View From the Other Side

I see the world through the lens of my camera, even when it is not in my hands. As I walk through life, I see things not as how they are but how they would look through my view finder. In my mind, I instantly convert the world into a series of photographs. I simply belong behind a camera.

The more comfortable I become looking at the world from behind my camera lens, the less likely I become to step out in front of it. It's not that I don't like being photographed, its just that I much prefer the view from behind the camera.

Over the weekend, Kevin and I were out with some friends. I wanted to take some photos while we were out, so I brought along my camera. The following photo is a completely candid shot, captured by my husband. I had no idea that he was taking it, or I'm quite certain I would have protested.

I thought perhaps it would be a nice change of pace if I showed my face on {the blog}, so here I am!... 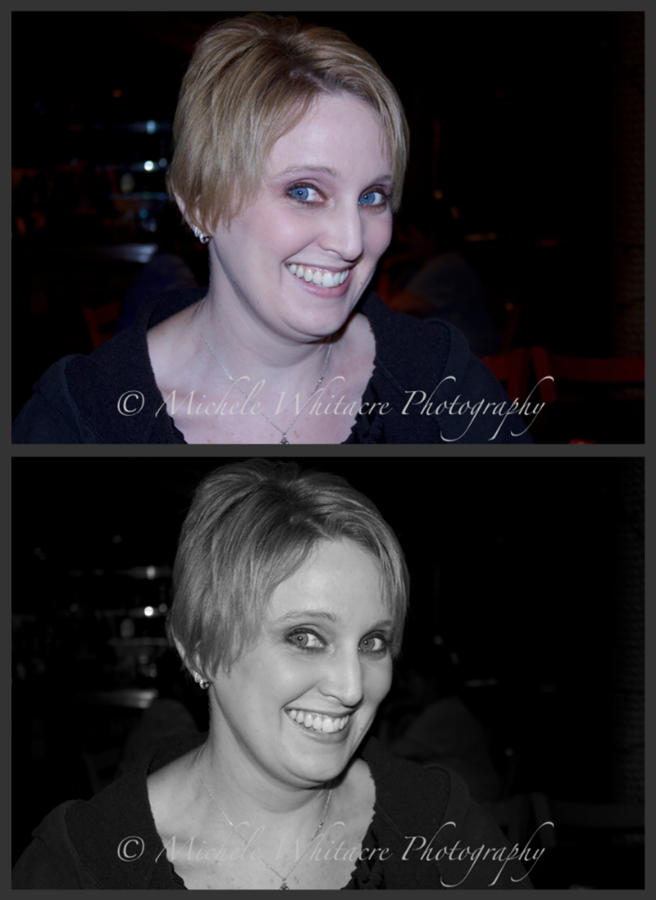 I was torn between the image in color or black & white, so I posted both with the hope that my readers could help me decide. So, which do you like better? Leave me a comment and let me know!

Michele Whitacre is a portrait photographer currently located in Fort Wayne, Indiana. Michele will be relocating to Phoenix, Arizona during the summer of 2011. Visit Michele's website at michelewhitacrephotography.com. Become a fan of Michele's work on Facebook. Follow Michele's updates on Twitter.
Posted at 5:53 AM