Although, I'm not sure sneak peek is really appropriate since he's already seen all of the photos, but I figured I may as well stick with tradition.

On Sunday, I twisted Kevin's arm into allowing me to take some photos of him. It was the first time that I've taken any portraits (except for my own) since we moved!  It felt good to be behind the camera, but my brain felt a little slow to wrap itself around the idea that it was supposed to be acting creative and scoping out good shoot locations.  Luckily my husband was a good sport, and just stood there patiently as my sluggish brain tried to kick into gear and remember it's job.

Kevin has had the same photo as his Facebook profile pic for almost a year.  It is a photo I took of him last Spring when we were visiting Phoenix, trying to decide if we wanted to move here.  It is one of those candid "caught off guard photos" where I sort of called his name and fired off a few shots as soon as he turned.  I'm not denying that it's a good photo of him; I'm just getting sick of seeing it.  So, being the evil plotting wife that I am, I decided that maybe I could convince him it was time for a change if I took a new photo of him that he liked.  Since he's wearing his sunglasses in his current profile photo, I thought maybe I'd have better luck convincing him to choose a new one if I gave him lots of options with him wearing his sunglasses.  So, for most of the photo session, I had him wear them.

I always have an easier time selecting and editing photos of Kevin, compared to anyone else I photograph. I suppose because I spend so much time with him and his face is so familiar to me, it is easy for me to pick out the photos where he looks like himself.  I've narrowed it down to these 5 favorites from the photo session to share: 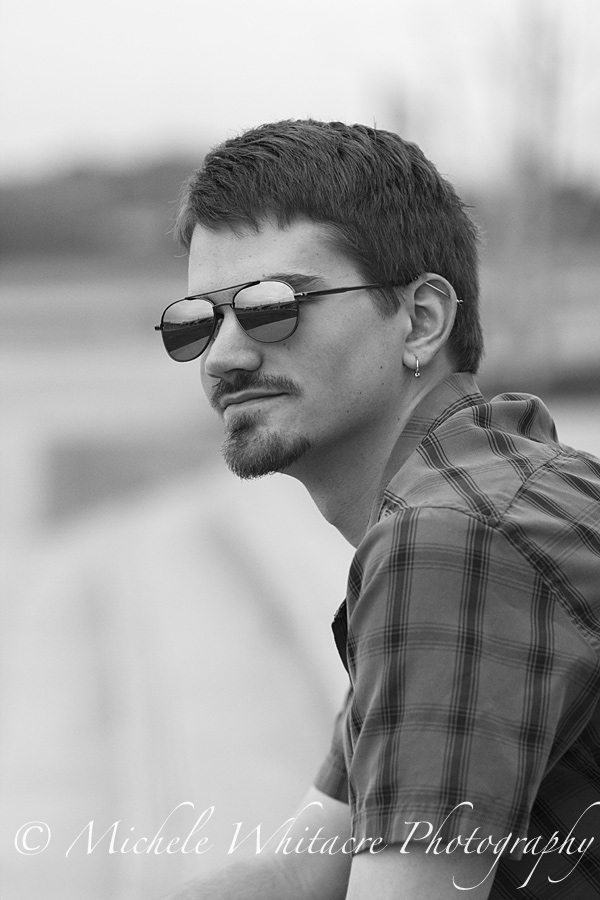 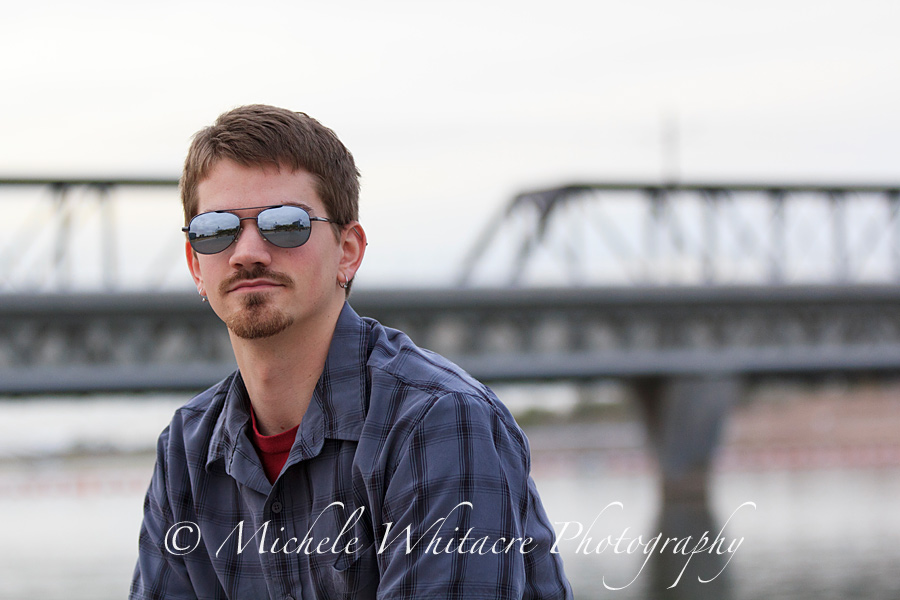 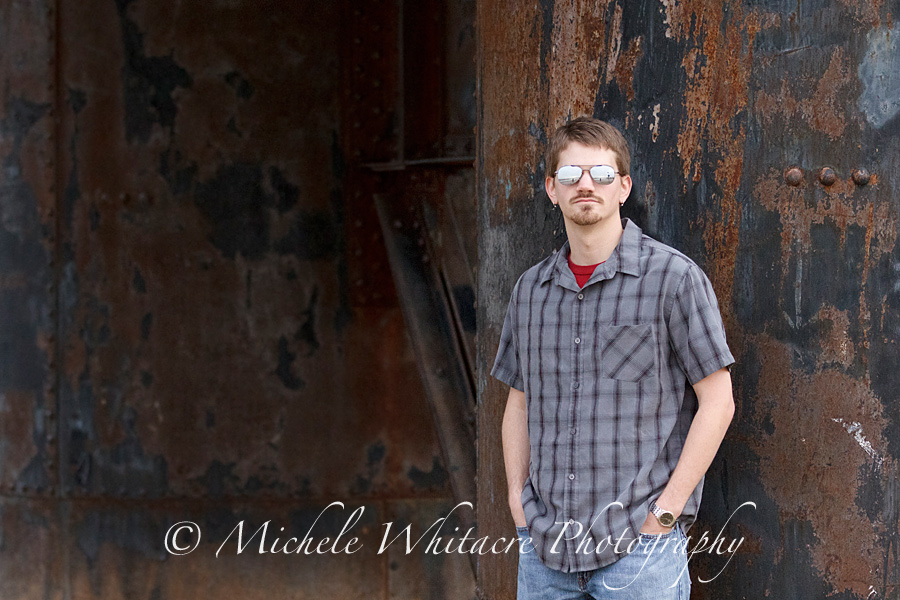 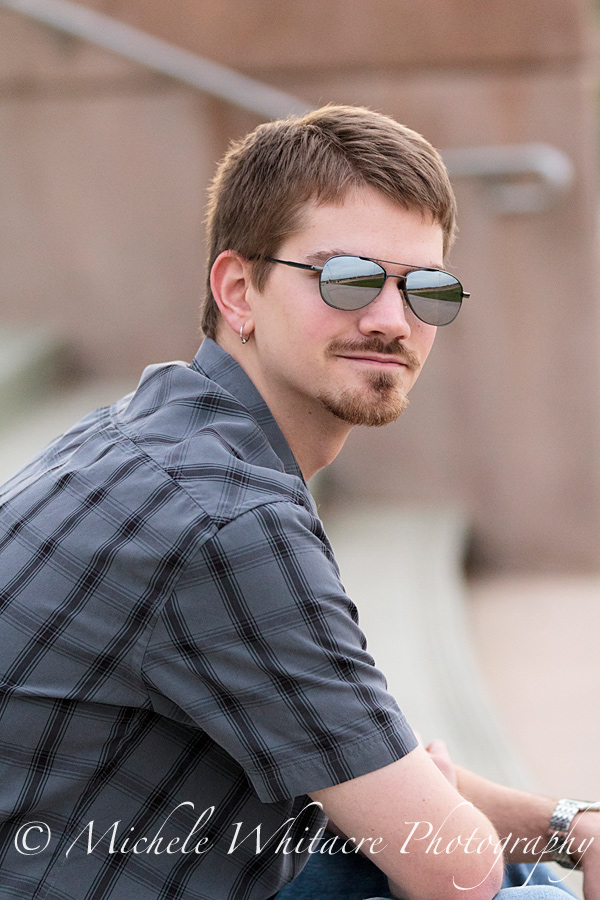 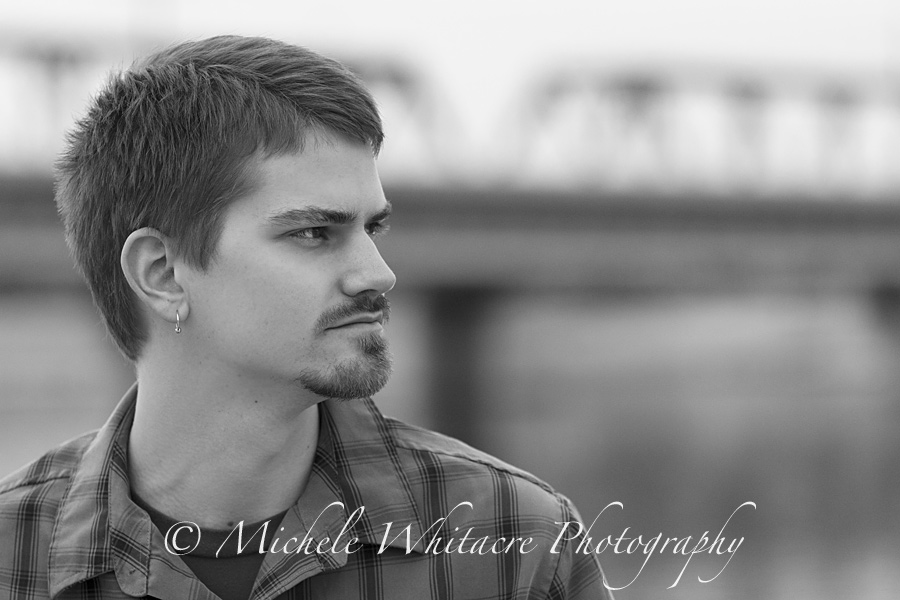 As always, thanks for stopping by!  If you'd like to put your vote in for which photo should be his new profile pictures, feel free to leave a comment telling him which one you like best.

Email ThisBlogThis!Share to TwitterShare to FacebookShare to Pinterest
Labels: Individuals, Life Behind the Lens, Photo Sessions