If you missed my other two posts about experimenting with a Macro Lens, they can be found here and here.

The second thing on my agenda with the Macro Lens was to find some flowers and insects to photograph, so I decided to see what I could scout out near the Gila River.  Unfortunately, I didn't quite have the hang of the lens yet and most of the flower images didn't turn out so great.  I had read over and over again how small the DOF is with Macro Lenses, but I guess I just didn't believe it until I saw it for myself. When I saw the images on my computer, I was shocked to see that only a very tiny portion of each flower was in focus.

These are my three favorite bug images: 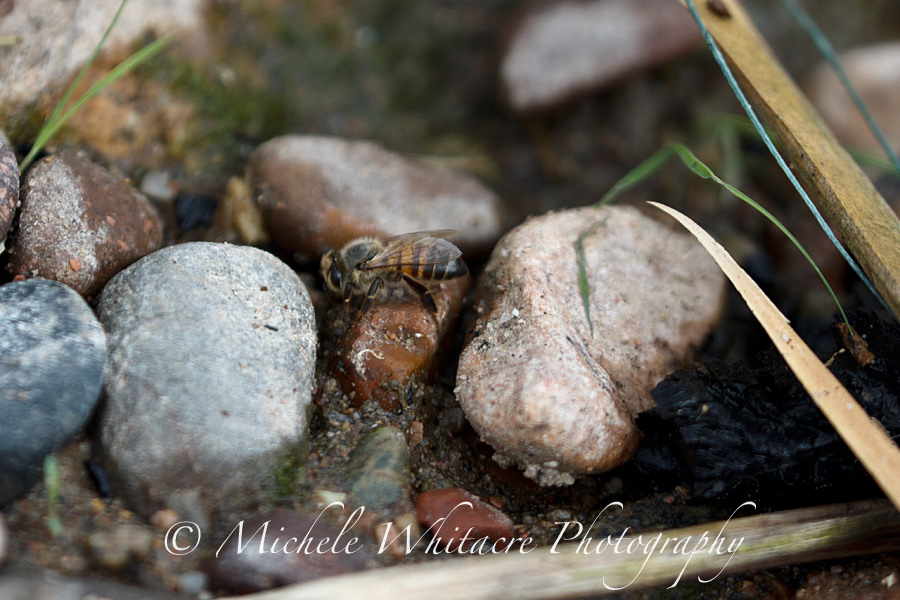 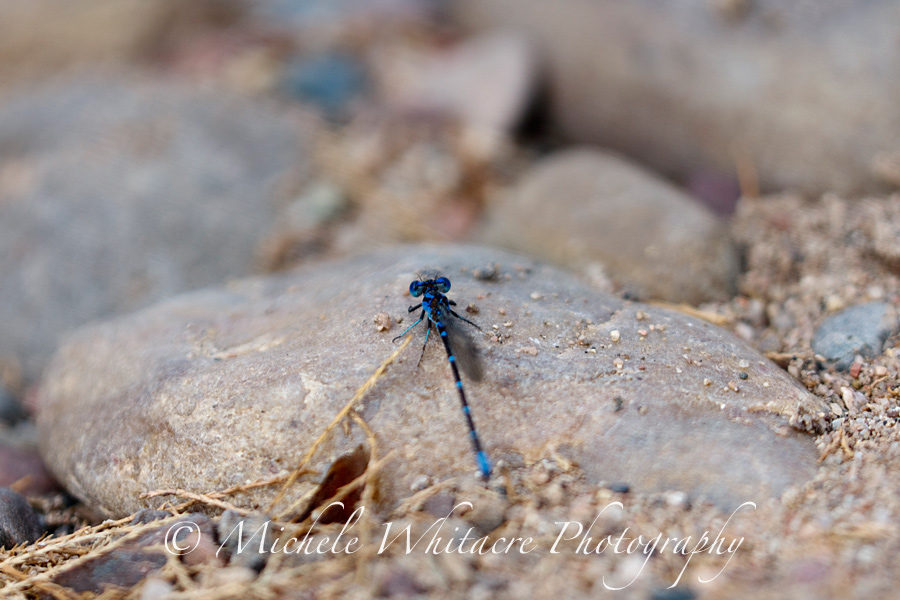 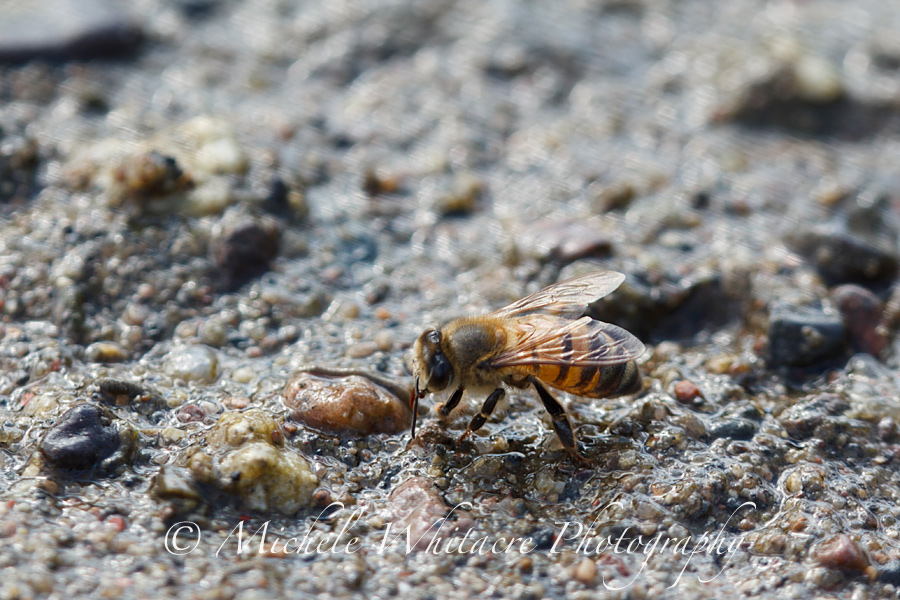 I like all of the detail you can see in the wings above, and I am in love with the lighting!  I was shooting in the early afternoon, and the sun was out full force.  I don't normally shoot at that time of day, but I figured I was going to take advantage of the time I had with the lens.  I was rather surprised by how many of the images were keepers because of the lighting, instead of in spite of it.

After finishing near the river, I decided to take photos of a nearby cotton field.  I've been getting such a kick out of seeing them everywhere near our rental house.  I actually can't remember ever seeing a cotton field before, but that seems highly unlikely!  I lived in Mississippi for 3 1/2 years, for crying out loud.  It has to be physically impossible to live in Mississippi and never lay eyes on a cotton field, doesn't it?  But, I seriously can't recall ever seeing one in person before.

Confession Time: I have this serious bad habit of being so excited to get started photographing at a new location, that I'll fire off a few shots before I check my camera settings.  Then I'll rein myself in, and glance at the settings only to realize how insanely off they are.  You'd think after over/under exposing my first 2-3 images every time I shoot, I'd stop doing this but I never do.  I just can't seem to contain my excitement at whatever I'm about to photograph and just HAVE to capture a few shots instantly.

Shooting in the cotton field was no exception, and this next image is the first photograph I took.  It was (is) insanely overexposed, and it took a crazy amount of editing to bring it back under control.  It's not even 100% in focus, but there is something about the composition of the image, and area at the top of the cotton where the sun is so intense, that kept calling out to me and I just couldn't resist including it.  When I look at this photograph, I can picture the sun glinting off of miles of bright white cotton on a hot scorching day on a big Southern plantation.  I can picture the workers out picking the cotton, sweat rolling down their faces, and their baskets overflowing with billowy white puffs.  I guess you could say that it tells a story to me that makes the image come to life (which is quite odd considering I've never actually seen that scene anywhere except in other photographs)... 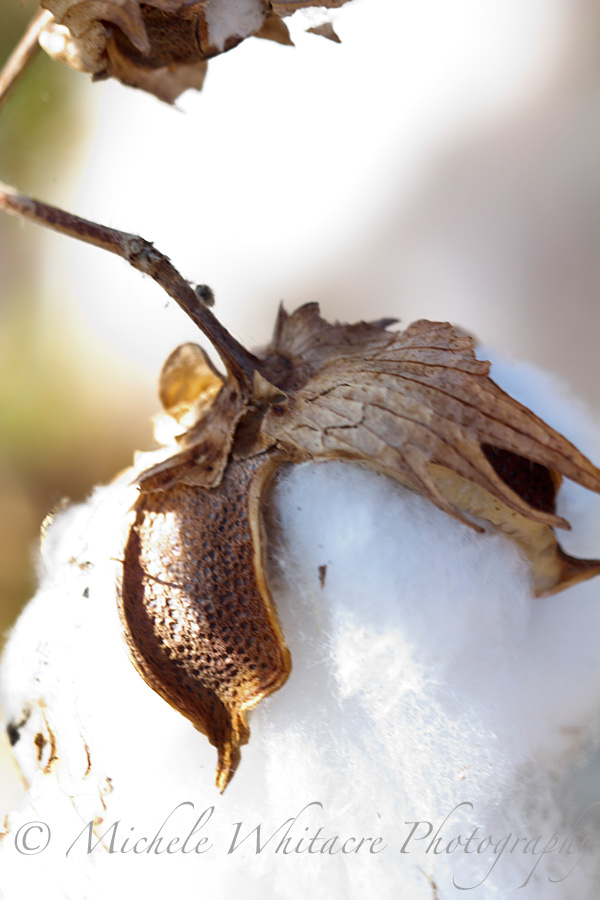 .
I am sooo in love with this entire set of photos!  I love the glare of the bright afternoon sun on the white cotton.  I love the texture that just screams out from some of these images.  I think I could have stayed in that field shooting for hours if I'd had the time.  Instead of rambling on and on, saying the same thing about each photo, I'll just let the rest of them speak for themselves: 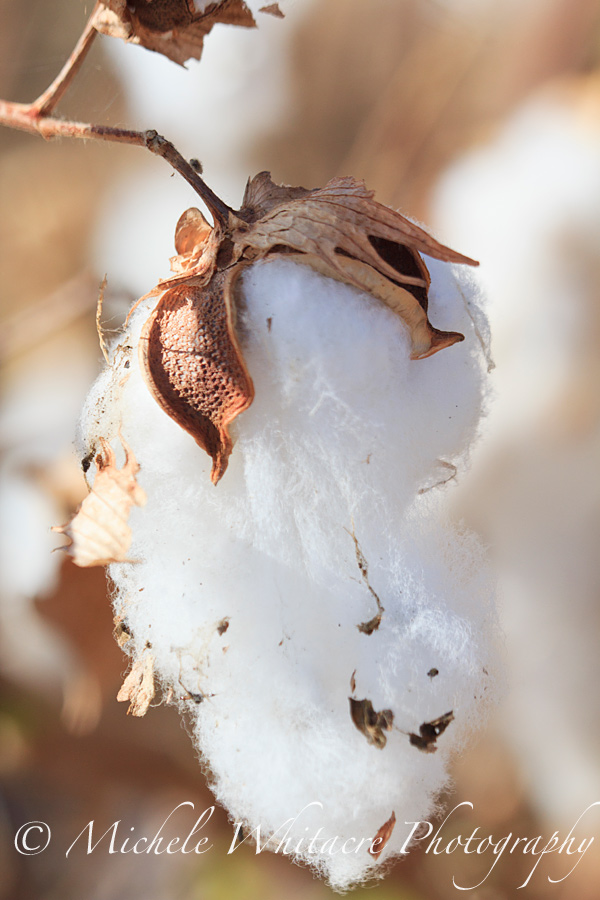 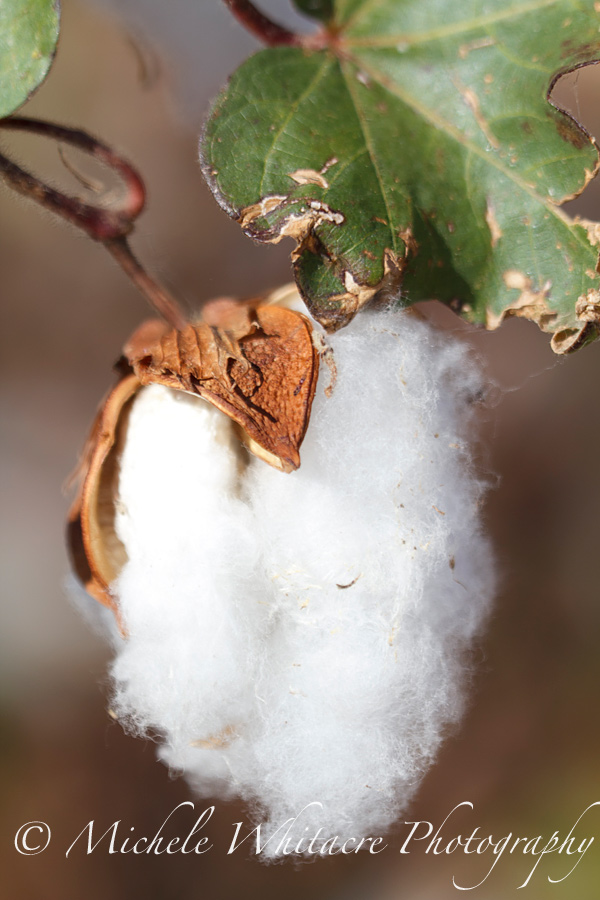 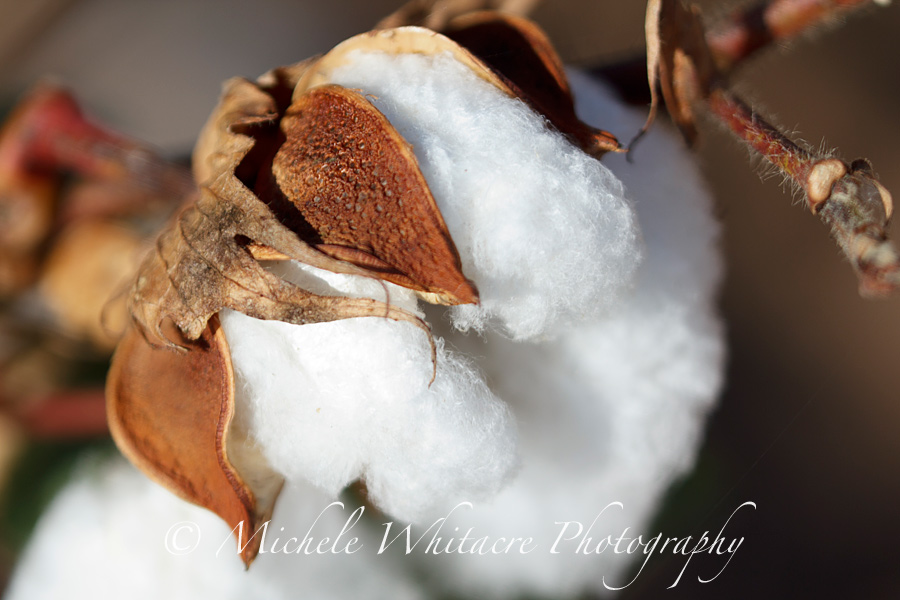 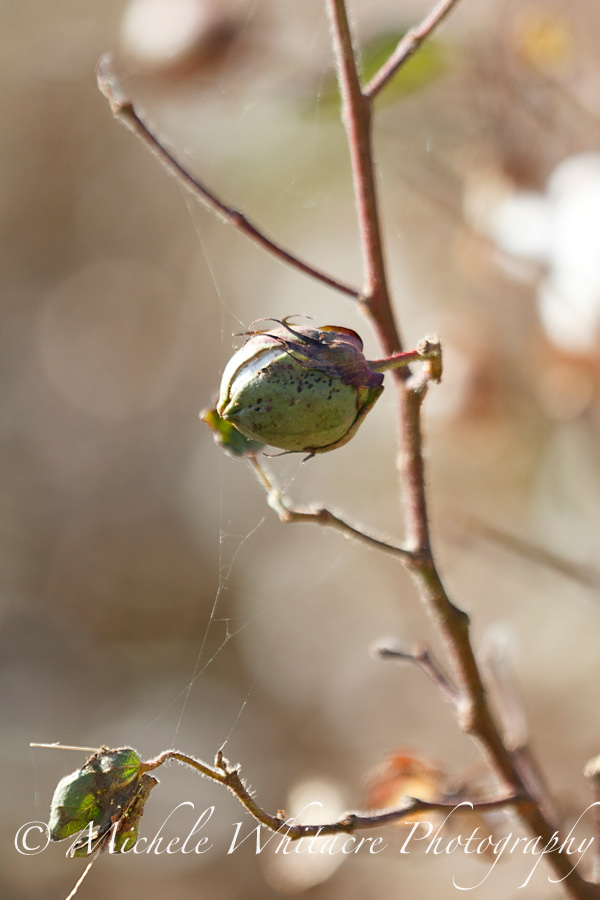 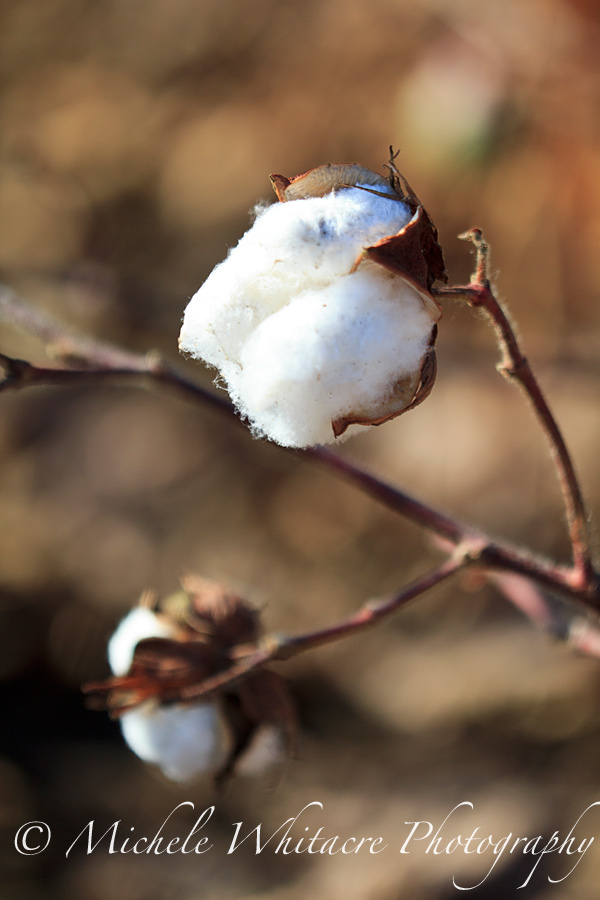 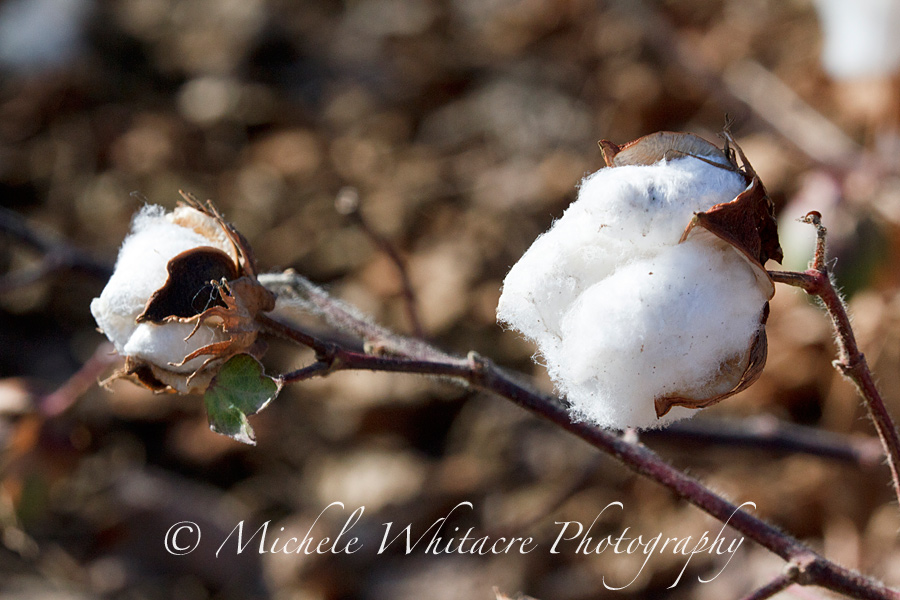 Admittedly, this isn't the best use of a Macro Lens, but I wanted to capture a little more of the entire cotton field and it was the lens that I had at my disposal... 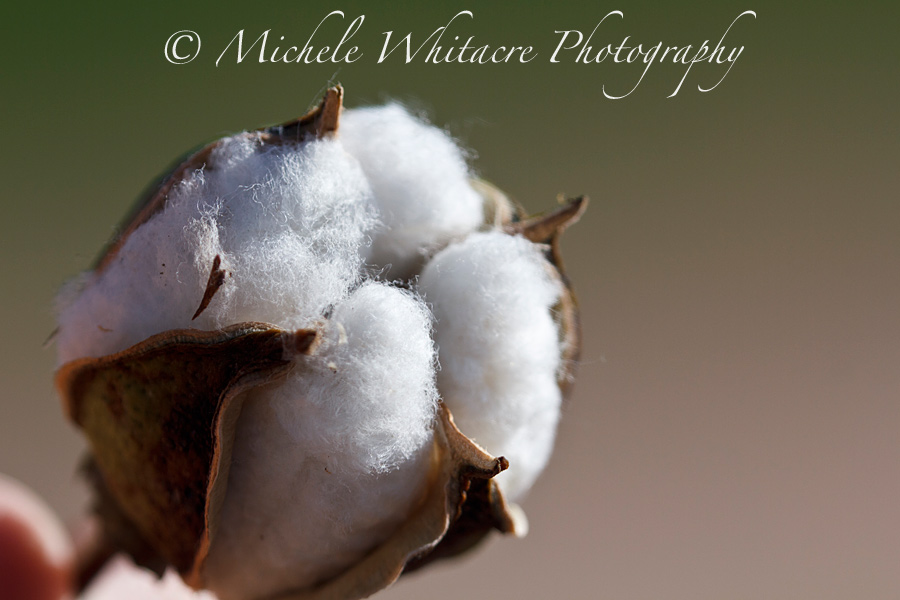 I hope you'll come back to check out the photos coming up in Part 3! There are some fun ones that I can't wait to share with you!