Welcome back to my Photography 101 series! I'm so glad that you have decided to join me. Today the fun begins, as we learn about depth of field (DOF).

If all you wanted was to have properly exposed photos, you could just set your camera on automatic and most of the time your camera would do just fine. If you are taking the time to learn how to use your camera in manual mode, I’m guessing you want to have more creative control over your photos, and a large part of this control comes from understanding depth of field and how to use it in your images. 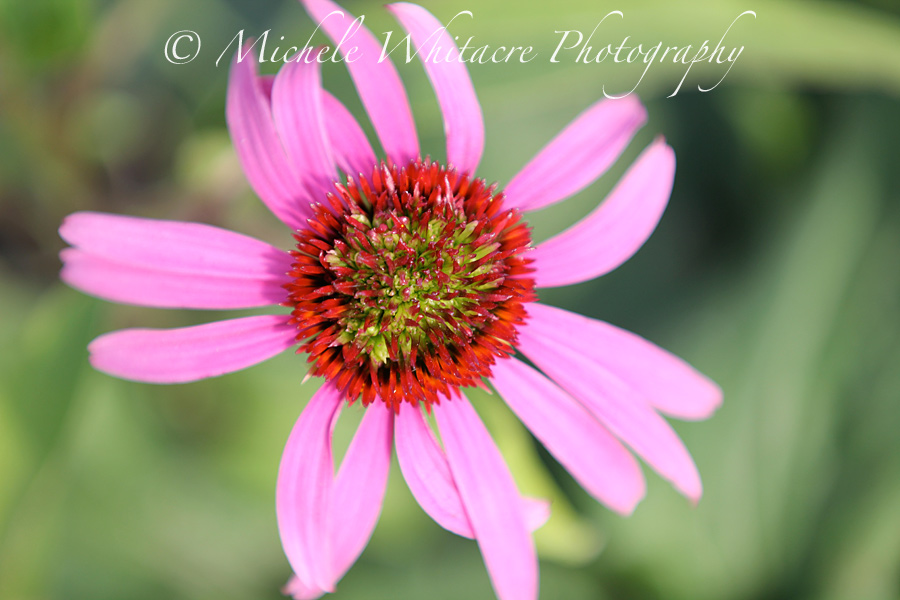 Or you can use depth of field to keep your entire scene in focus, like I’ve done in this photo… 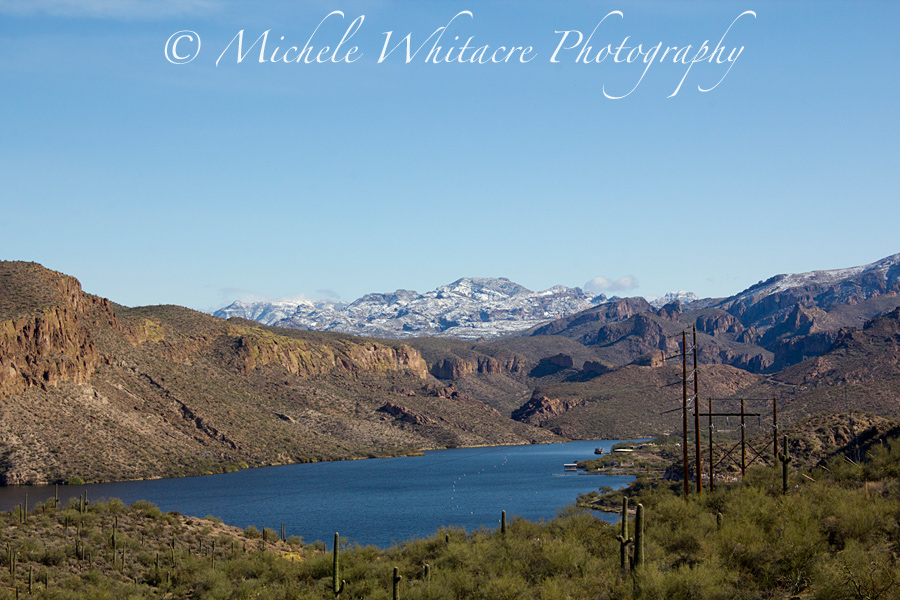 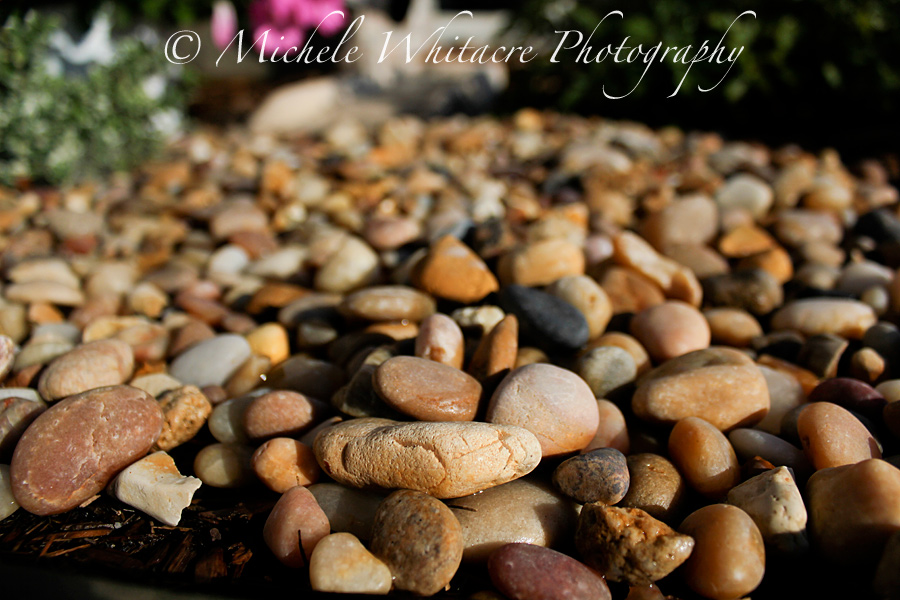 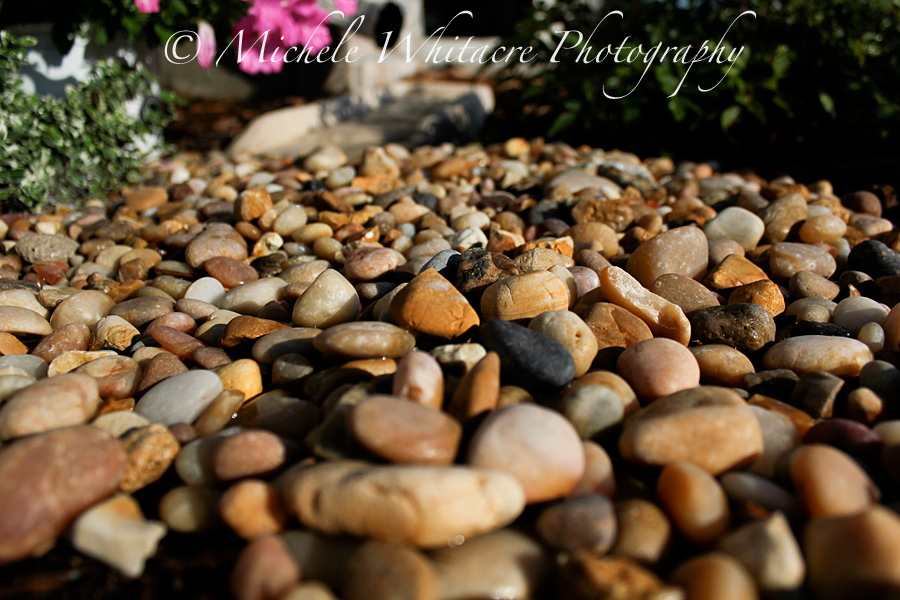 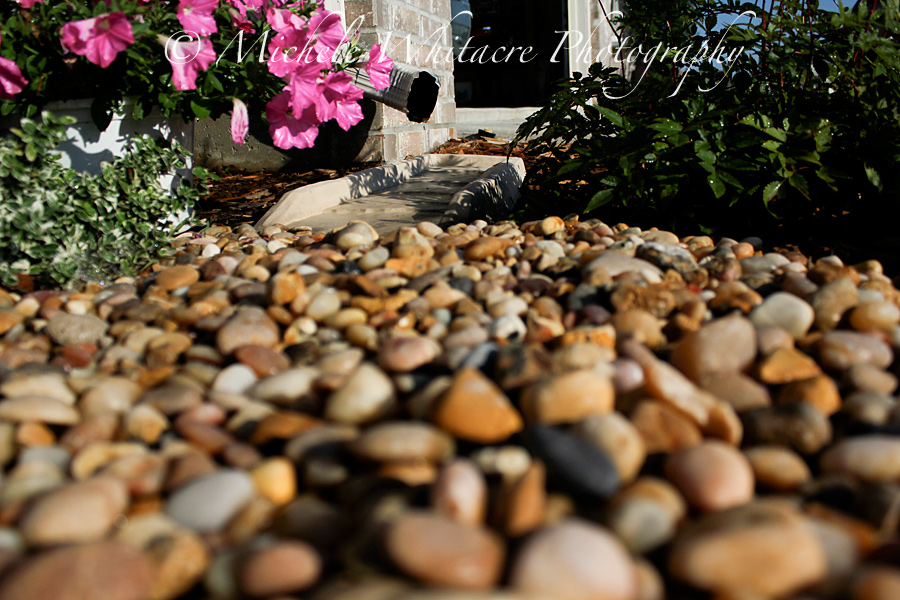 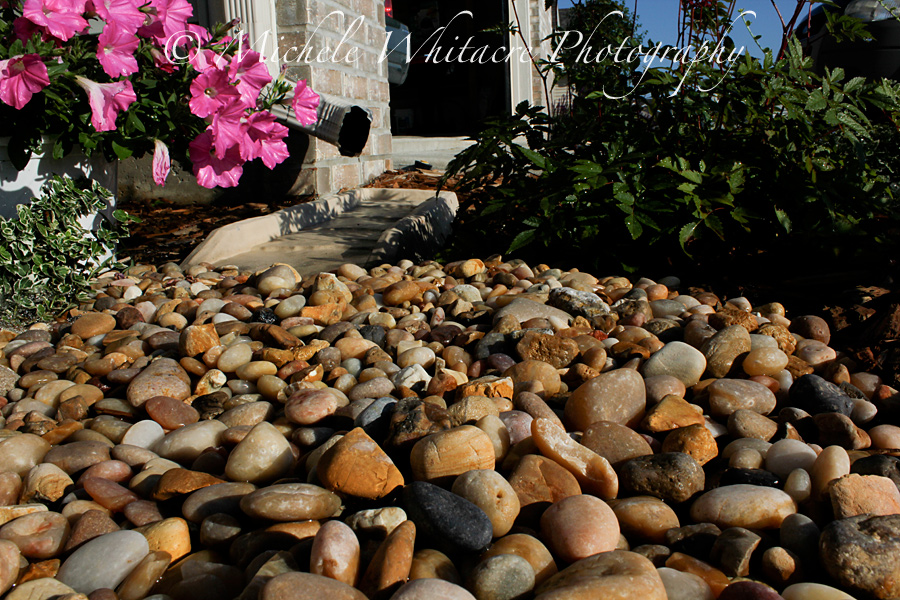 So, let's talk about how how you can control the depth of field in your photos. There are 3 things that affect depth of field: lens aperture size, lens to subject distance, and lens focal length.

As you can plainly see, the composition of the following two photos is roughly the same, even though what is in focus varies greatly between them.  The first image was taken at an aperture size of f/2.8 and the second at f/11.  As I decreased the size of the aperture I caused the depth of field to increase resulting in an increase in the the amount of the scene that is in focus. 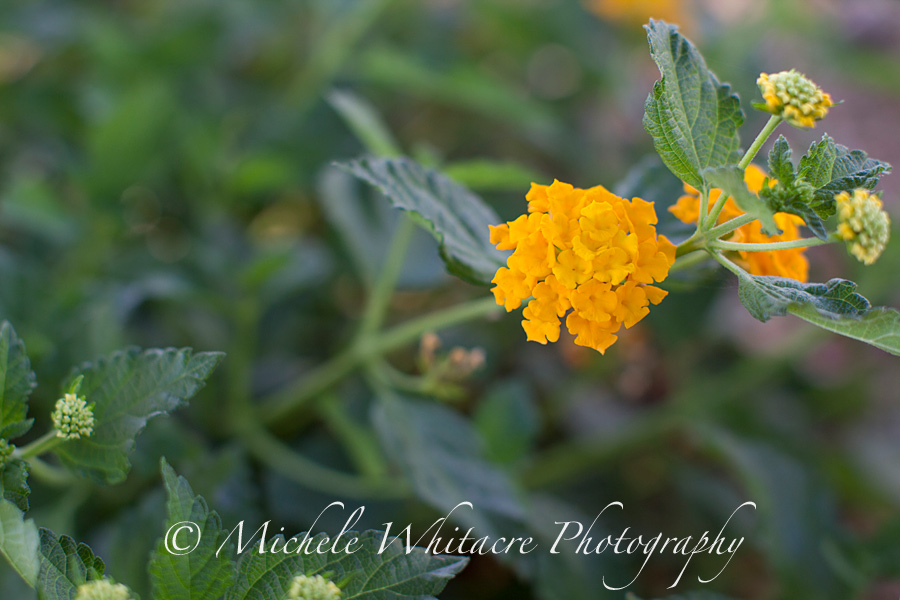 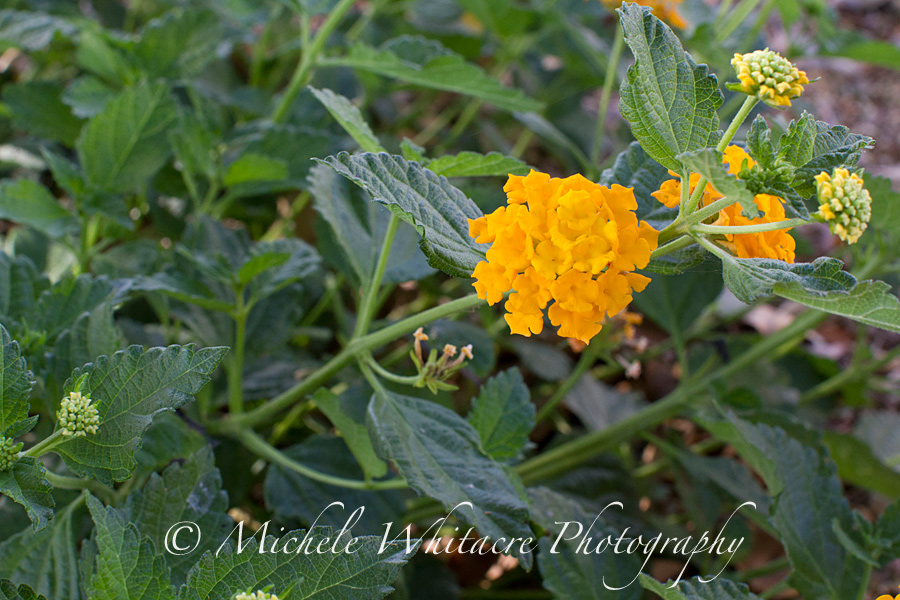 You will notice in the first photo above that the yellow flower is in focus as well as the edge of the leaf down near the left corner of the image.  The reason these two things are in focus as the same time is because they are both in the same plane (or in other words they are both the same distance from the camera lens).  This becomes important when you are shooting portraits and trying to get multiple people in focus at once.

For example, take at a look at the image below, where I was trying to take a photograph of Lexi and Zoe.  I couldn't quite convince them to lay right next to each other, so Zoe was slightly farther away from my camera lens than Lexi was.  My lens aperture was set at f/2.8 which resulted in a depth of field too small for both of them to be in focus at the same time.  I was focusing on Lexi, and Zoe ended up out of focus. 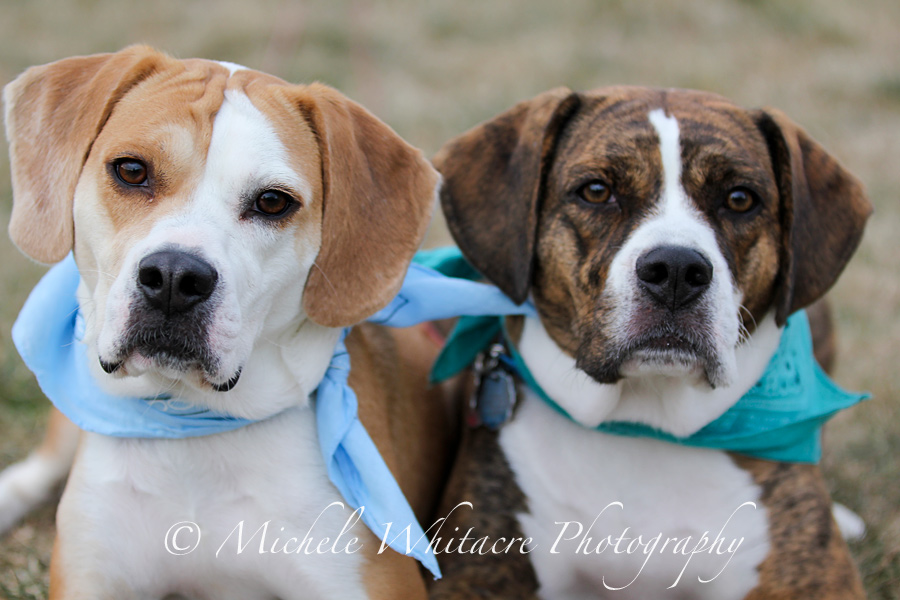 While I prefer to adjust my depth of field using my aperture size, there are times when lighting conditions will not allow me to use my first choice for lens aperture size.  In those instances, one or both of the next two things will help me to achieve the depth of field results that I want for my photo.

Lens to Subject Distance
(As a side note, this also changes perspective, which I will talk about in a future post.)

I took this first photo, and then backed up about 5 ft and took the second one. You can plainly see the difference in how out of focus the back branch is between the two photos. By lengthening the distance between my camera lens and my subject, I made the depth of field get larger. I also changed the composition of my photo rather drastically. 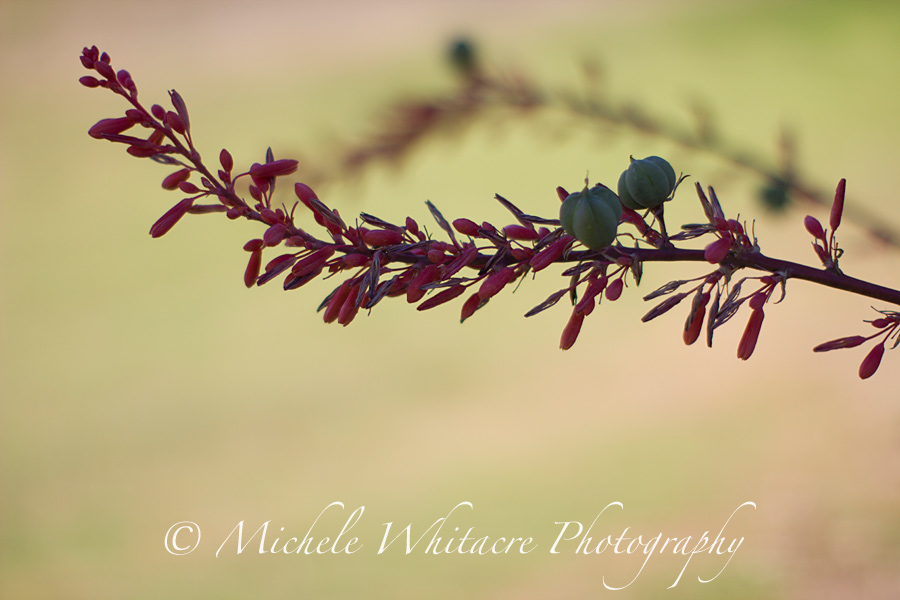 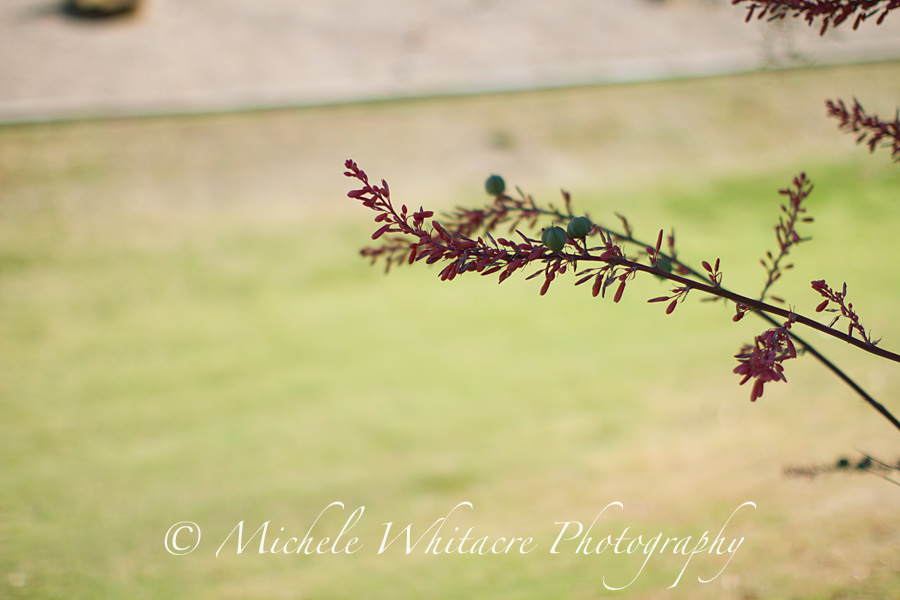 Lens Focal Length
Lens focal length is usually the last thing I use to control the depth of field in my photos.  I don't always carry all of my lenses with me when I am out shooting, plus changing lenses can be difficult and time consuming depending on the circumstances.  So, I usually try to get the shot with the lens that is already attached to my camera body.  However, this can come in handy when I am using a zoom lens and have a range of focal lengths readily available. Again, changing the depth of field by changing the lens focal length will also change the composition of your photo. 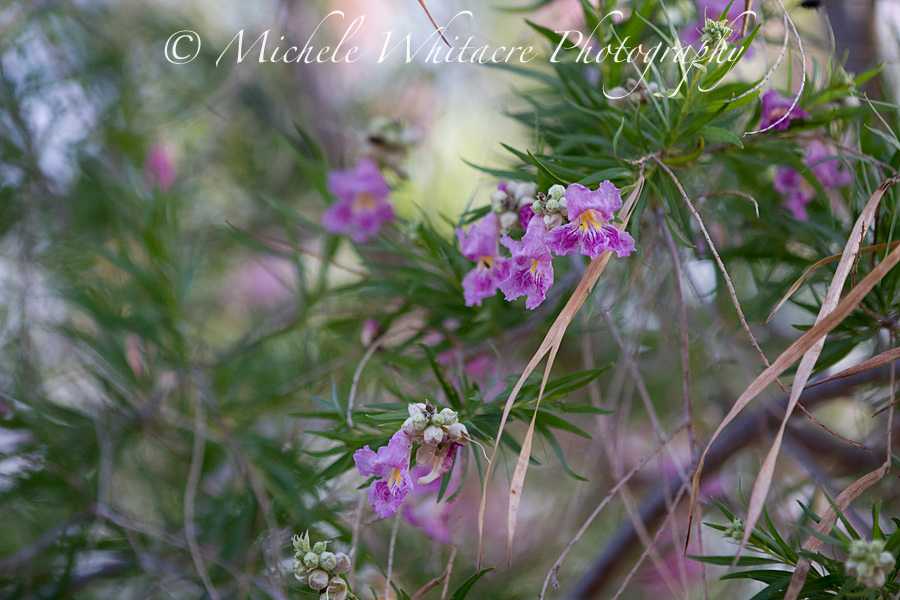 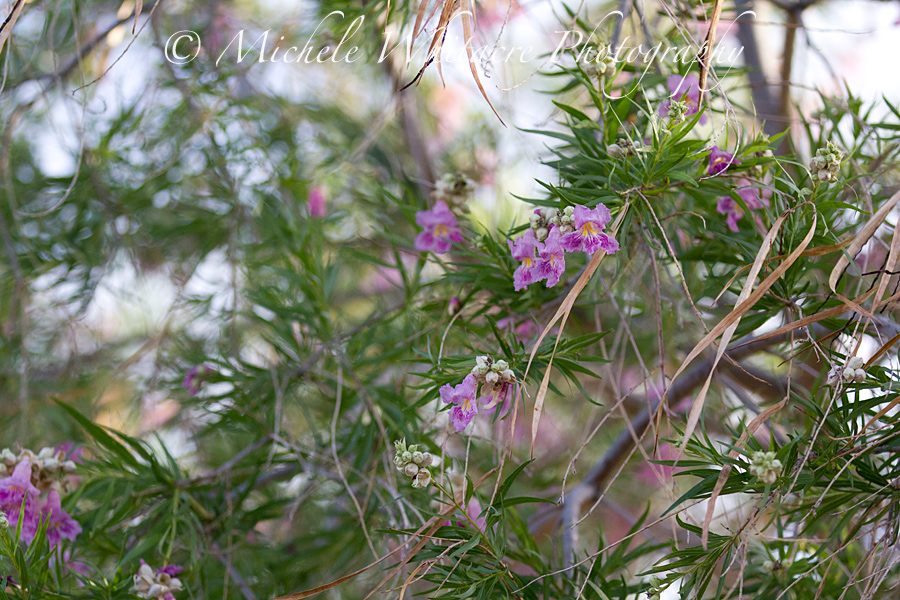 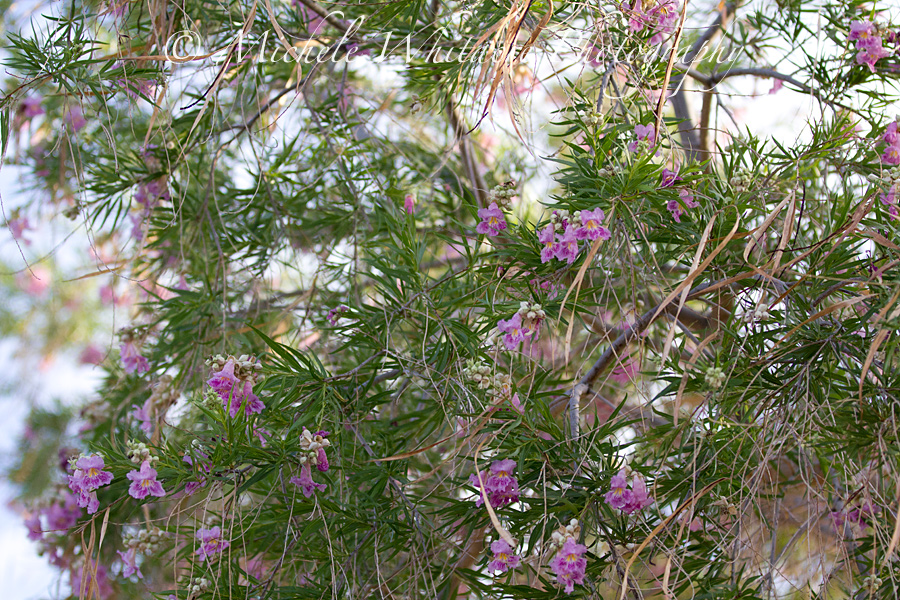 (Depth of field is also affected by the size of your camera's sensor.  However, you do not have control over this, with the exception of purchasing a new camera with a different sensor size, so I am opting not to discuss it in detail.)

One other thing to keep in mind is that the farther away something is from the subject you are focusing on, the more out of focus it will be. So, if you want to decrease the focus of the background behind your subject, you can simply move your subject farther away from whatever is behind it.

I would recommend spending some time with each of your lenses and practice changing the lens aperture size, the lens focal length, and the distance between your lens and your subject to get a feel for how all of these work to create depth of field in your photos.  Then join me back next week to learn about photographing motion.