Kevin had never been to the Grand Canyon and my last (and only) visit was about 25 years ago. I didn't want us to be those people who live in Arizona but have never taken the time to see it!

Absolutely! I really didn't remember much about seeing it the first time, so I think I was just as impressed with it as if it was my first visit. The pure size of it is astounding!

Kevin's brother and his brother's girlfriend came to visit us for a week, so we planned a little trip to show them Sedona and the Grand Canyon while they were in Arizona. We left early and drove through Sedona, toured the red rocks and had lunch before making our way to the south rim of the Grand Canyon. We stayed just outside of the park and spent our evening and part of the next day seeing various parts of the canyon before heading back to Phoenix.

I will admit that the temperatures in the higher elevations were a bit cold for me now that I am a fully adapted Phoenician, but other than freezing my fingers while taking tons of photos, everything about the trip was too amazing for words!

Here are some of the photos I took during our visit:

The first three images were taken during our late afternoon/evening visit, and the fourth one was taken just as the sun started to set.  While I don't like these first photographs as well as the more vivid ones further down (what a shock!) I decided to share them to show the huge contrast in the lighting and appearance of the canyon depending on the time of day... 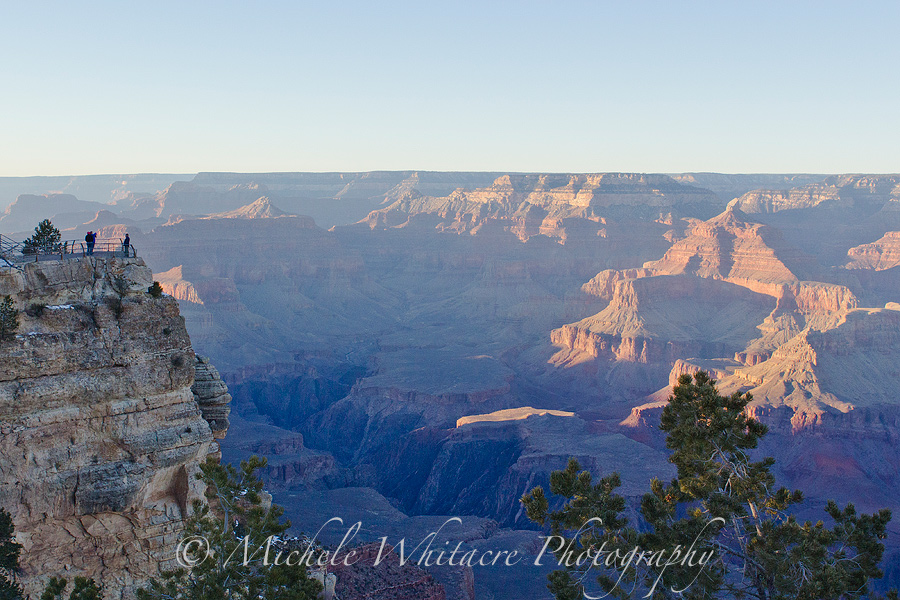 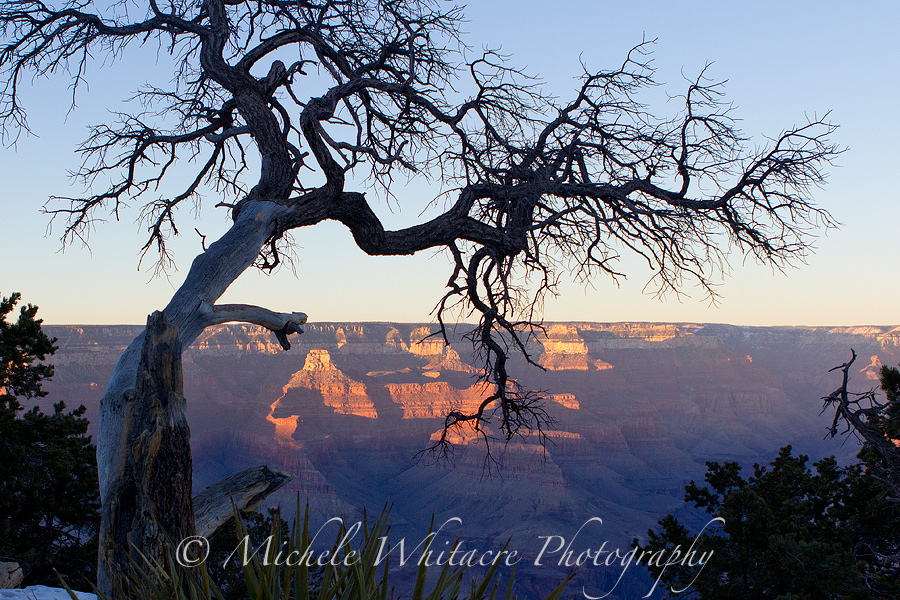 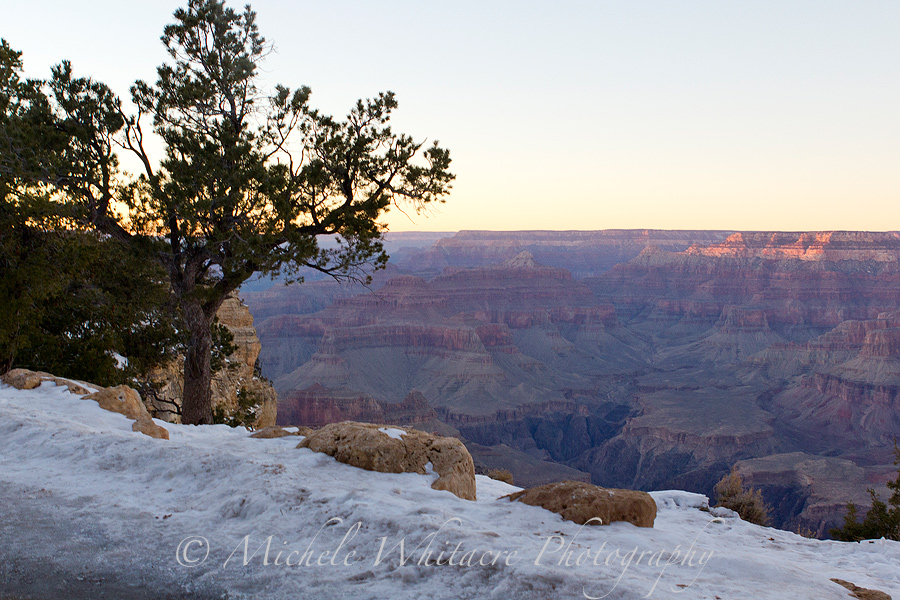 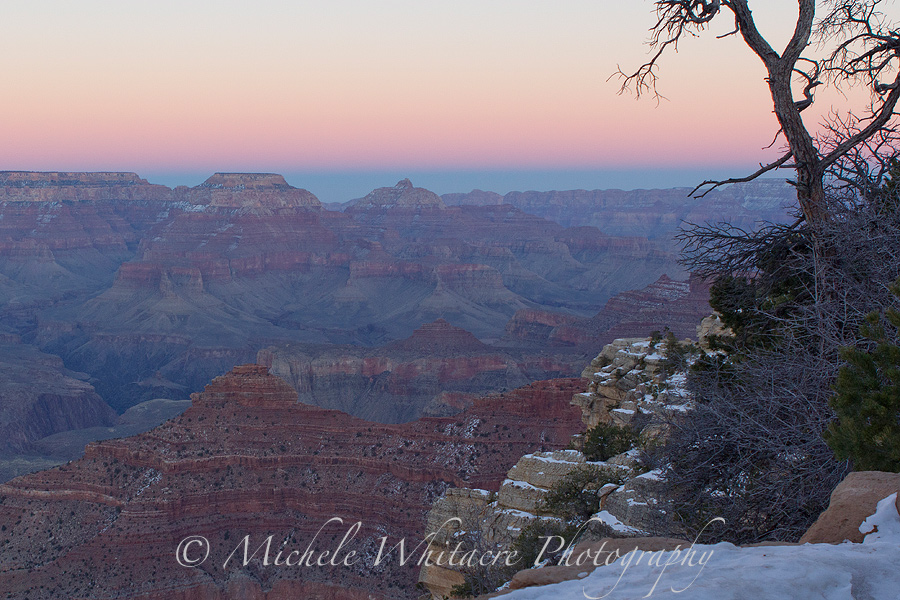 The rest of these photos were taken the following morning/afternoon when the sun was out full force. This second set of images is my favorite because, as I'm sure you know by now, I heart bright, vivid colors in my photographs... 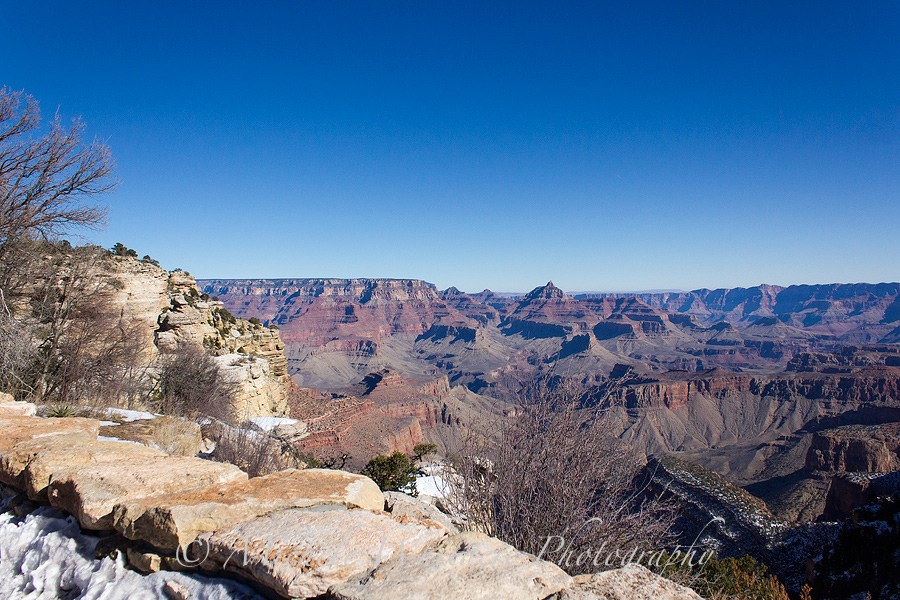 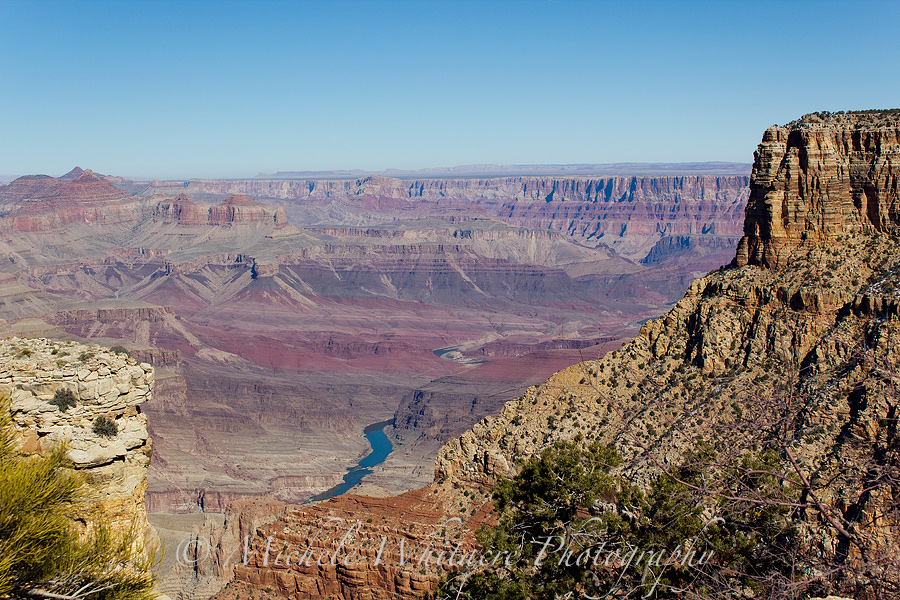 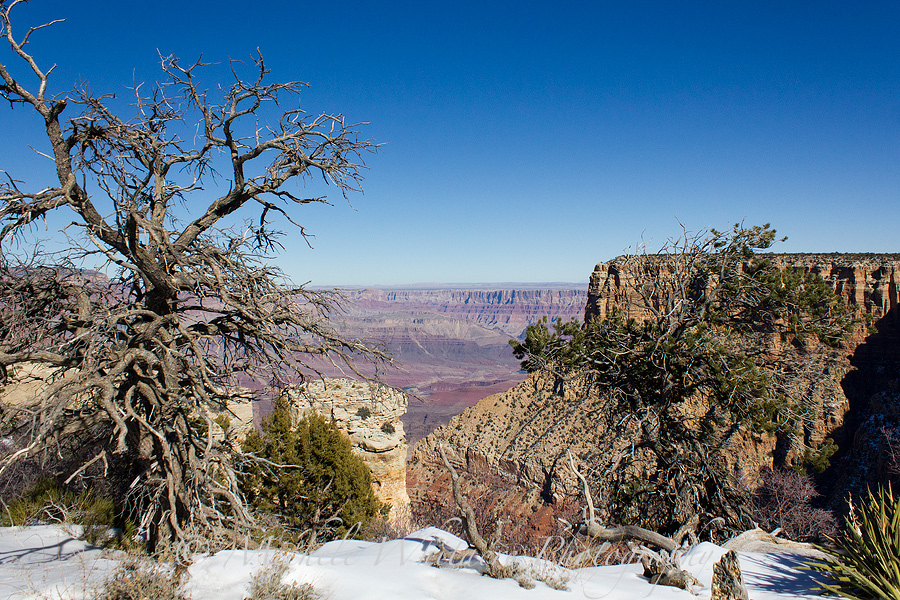 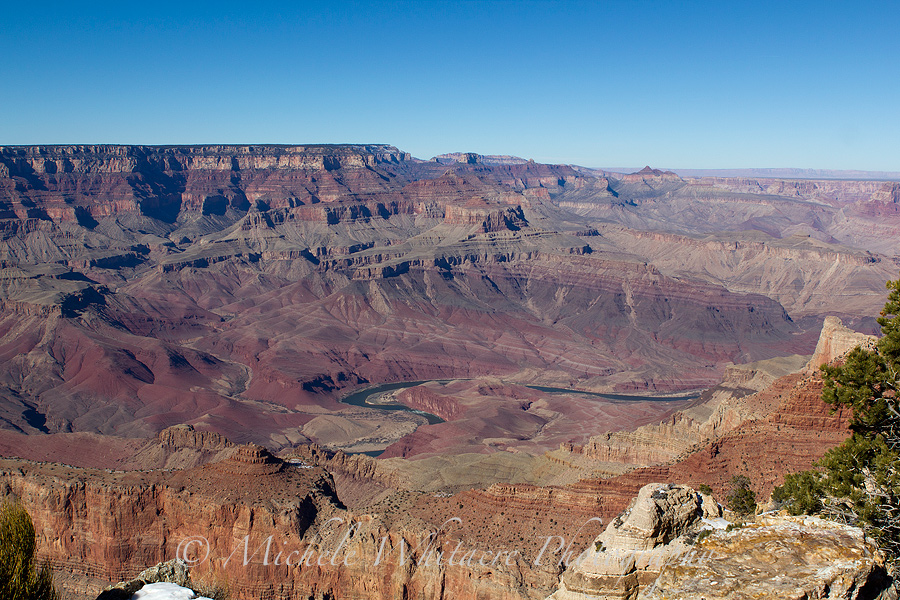 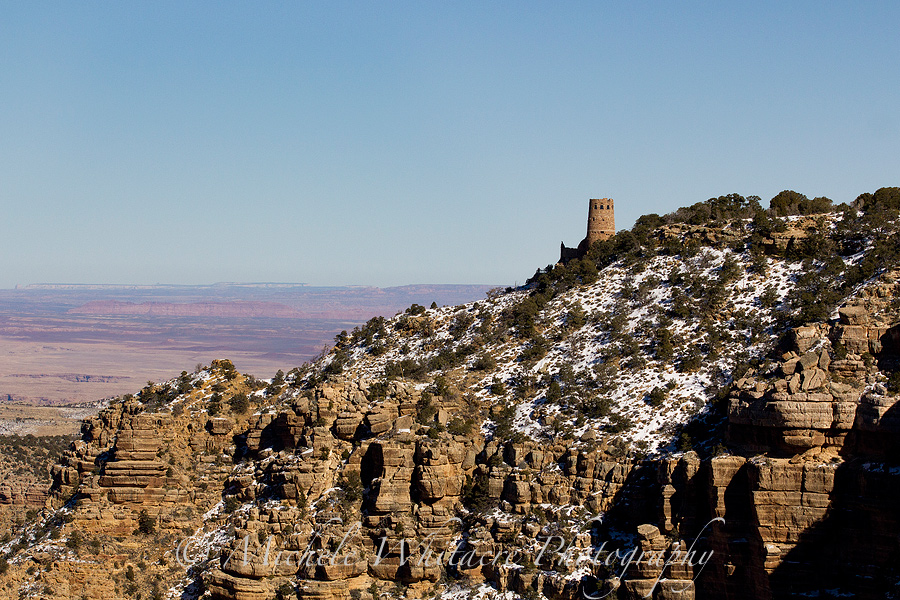 The last two photos are closer ups of the watchtower pictured above, which we climbed to get a bird's eye view of the canyon... 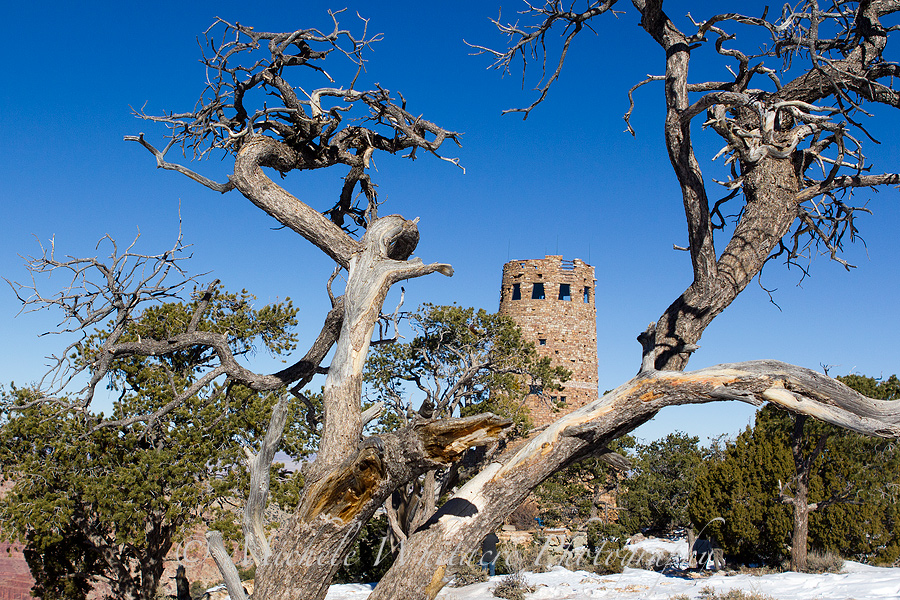 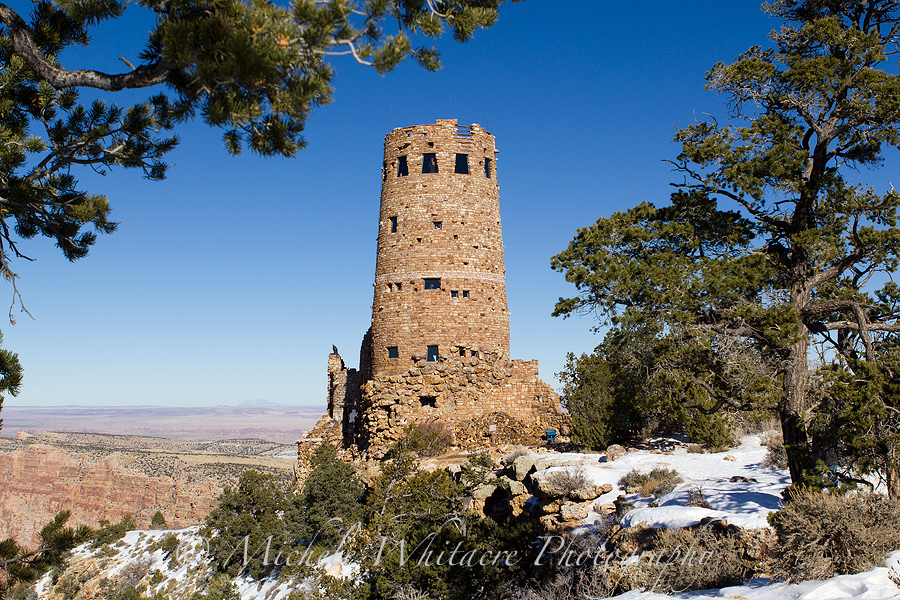 As you can probably tell, I was getting a kick out of playing with the trees that were along the edge of the canyon for framing my images. While I had a lot of fun experimenting, I have to admit that this trip definitely opened my eyes to the fact that I don't know a thing about landscape photography! Before my next trip I definitely need to see if I can pick up some pointers for how to improve my landscapes.