Back at the end of November I purchased a new flash for my camera, and it's more or less been sitting in the box intimidating the daylights out of me ever since. I finally worked up the nerve to get out and experiment with it over the weekend.  So, I begged and pleaded and twisted Kevin's arm asked Kevin to get up at the crack of dawn to let me experiment with it on him before the session we did a few days ago.

I'm going for full disclosure here and am going to admit that the first several images I took with the flash were absolutely horrid.  I was trying to take photos when it was still completely dark and the only light in the environment was coming from some overhead street lights.  I couldn't manage to get the white balance correct no matter what I tried and the photos were atrocious.  Luckily, once it started to get just a tiny bit of light in the sky and we moved away from the street lights my success rate sky rocket.

I love this water tower not too far from where we live, and I was playing around with getting as much of it into the frame as I could by shooting from below.  The perspective is obviously a bit unusual, but I kind of dig it for something different.  That's the awesome thing about photographing Kevin!  I can amuse myself with trying new things and he is more than willing to just stand there and let me.  And since he agreed to love me for better or worse, it doesn't matter if my ideas totally tank. 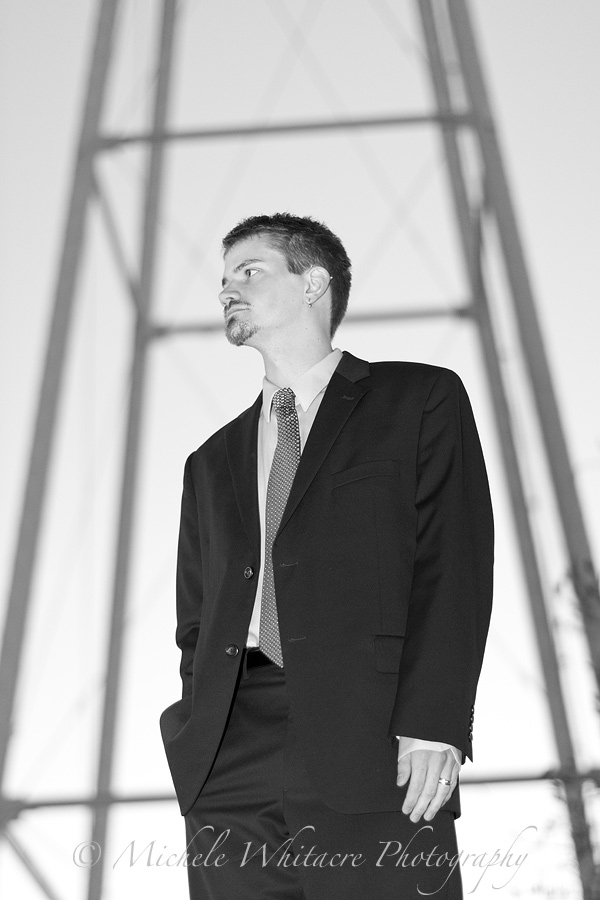 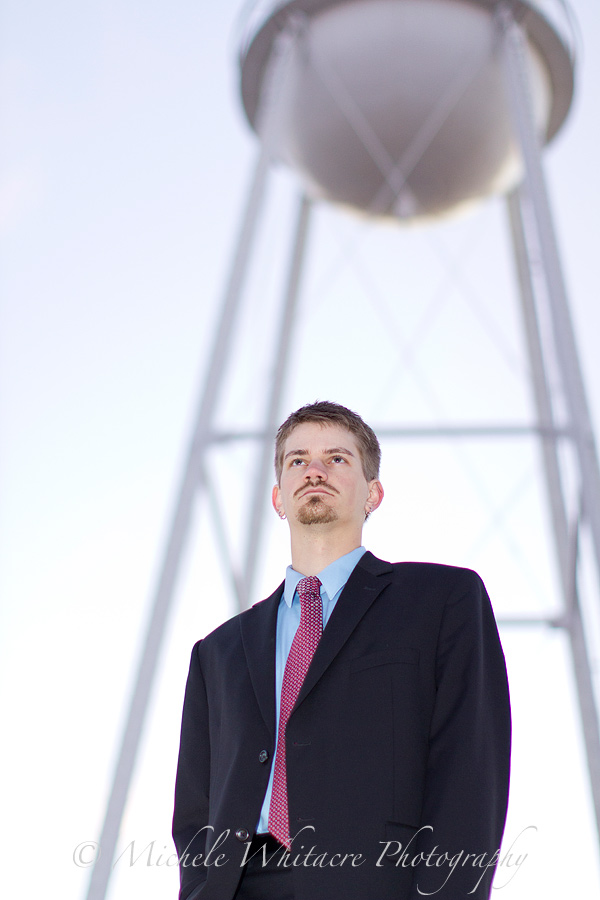 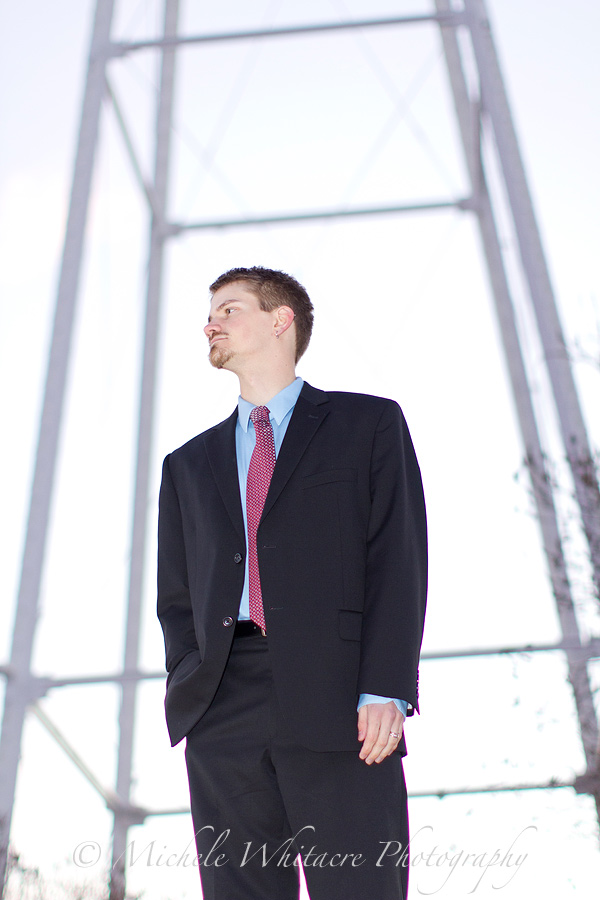 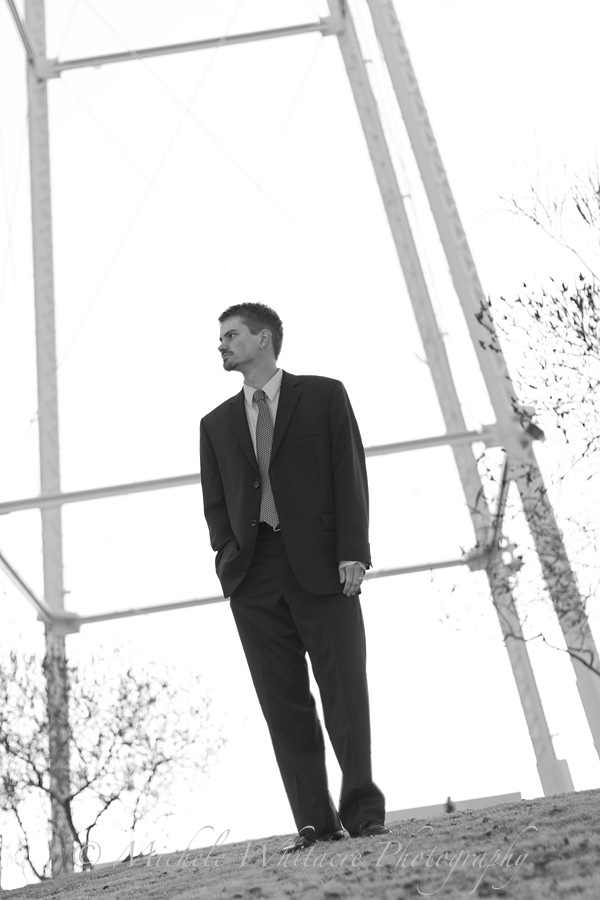 I have to admit that I was STUNNED at how powerful this flash is!  At the time I took the above photos the sky behind Kevin was still extremely dark, and in these photos it is fairly over-exposed.  I actually really like the effect of how well Kevin stands out against the bright background here, but this was a lucky accident as opposed to a creative decision.  But at least it was an eye opener, and I made sure not to repeat the same mistake during my second practice session. (Stay tuned for those photos very soon!)

Once it got a little bit lighter out, I had a much easier time using the flash and felt like it was much smoother sailing.  I was basically using it to just fill in a little light to brighten up my subject, instead of trying to use it to light most of the scene.  I really love this first photo of Kevin.  He's one of the few people who can pull off serious photos really, really well... 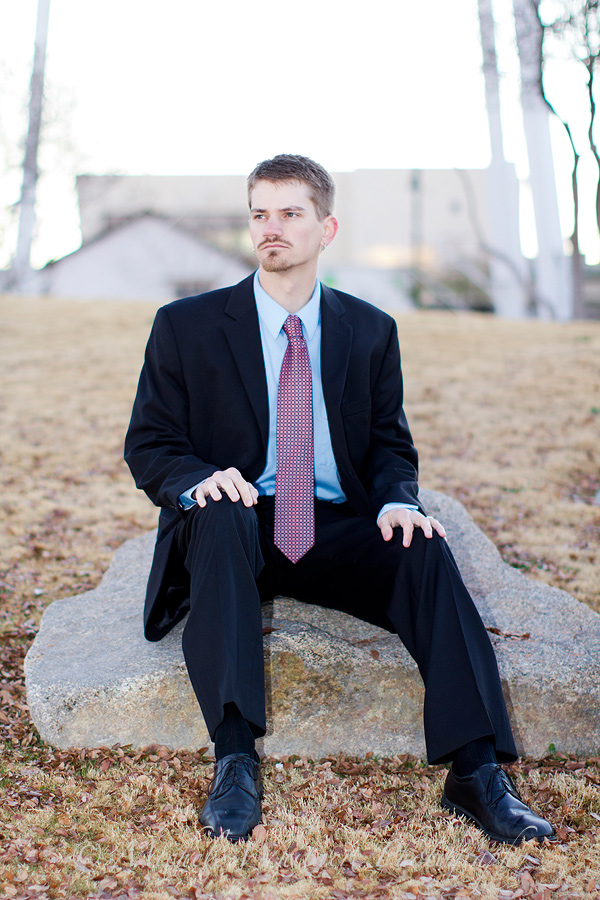 I love this one of my sweet hubby, too. This is such a Kevin face!  His smile without smiling look... 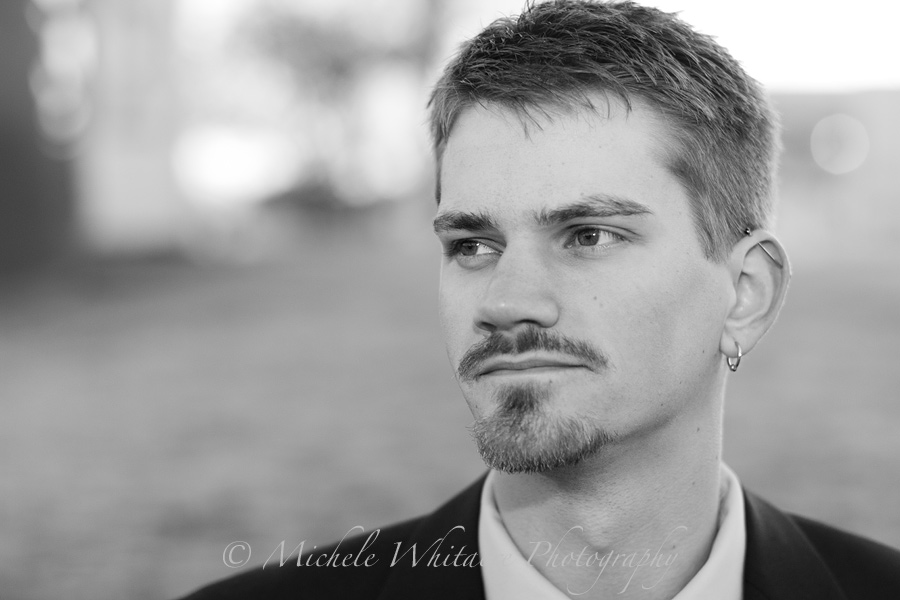 By the time I took these last two photos, I really didn't even need the flash but I was in my grove and didn't notice how light it had gotten while I had been shooting away. So, I snapped a few last minute photos before switching off the flash and letting the sun do my lighting for me... 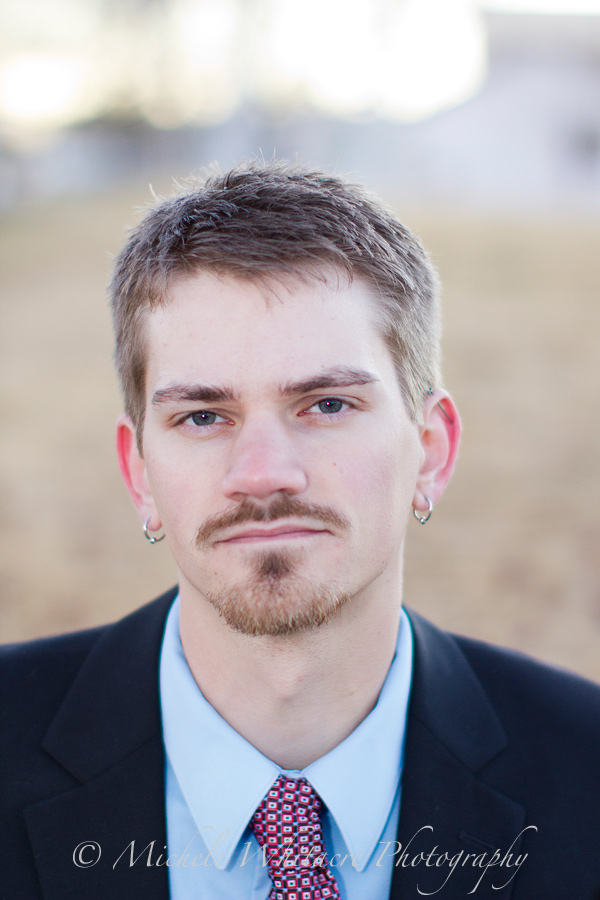 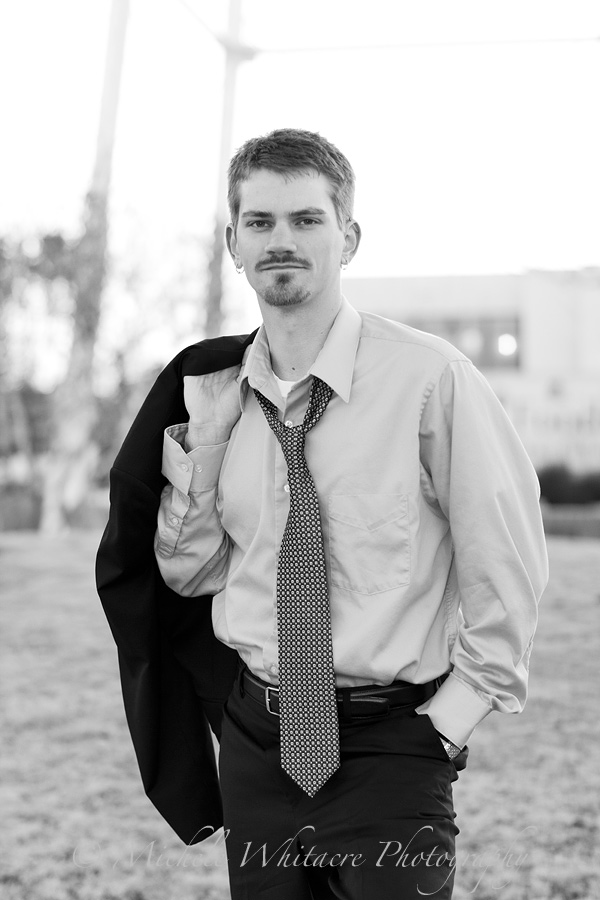 Michele Whitacre is a portrait photographer serving Phoenix, Arizona and the surrounding area.

Email ThisBlogThis!Share to TwitterShare to FacebookShare to Pinterest
Labels: Individuals, Life Behind the Lens, Photo Sessions